Storytelling: How to Write Chapters and Scenes

By Susan Saurel/ So, you have an idea for a story. Maybe you found inspiration in your own life. Maybe you got inspired by the life of someone else, or the story just came to you in a dream. There are no rules when it comes to inspiration. It goes beyond our limits of understanding.

The way we turn that inspiration into words determines whether we’re good writers or not.

Once you find your inspiration, how will you develop the chapters and scenes? How will you fit the characters into scenes that convey their personality? You have many questions on your mind before you start writing that story.

We’ll try to make things easier for you. This isn’t a precise guide on how to write chapters and scenes. There’s no such thing as a guide that works for every single writer. Instead, we’ll give you few important tips that easily fit in different writing styles.

Understand the Difference between Chapters and Scenes

In fiction, the scene is a fundamental unit that you shouldn’t confuse with a chapter. The chapters may be consisted of a single scene, but they may also combine two or more scenes together. Each scene has its beginning and end. It could practically work as its own story. If your book was turned into a TV show, the chapter would be an episode with few scenes.

Master the Structure of the Scene

In Techniques of the Selling Writer (1965), Dwight Swain defined two ways to structure a scene: scene and sequel.

The scene follows this pattern:

Your character has a specific goal at the beginning of the scene. They want to do something and they are taking action. On the way towards the goal, the character faces obstacles. That’s your conflict right there. Since you can’t let your book end there, the character will face a disaster; a failure to reach this goal.

The sequel has this structure:

The sequel, which follows the scene, leads to resolution. Your character has an emotional reaction to the disaster. This is where you show their pain and suffering. There’s a dilemma that makes the reader worried. It seems like there are no good options left for this character. Finally, the character makes a decision. A brilliant writer knows how to surprise the reader in this part.

Control the Pace of Reading through the Chapters

Think of the story as a TV show. How long would you want an episode to be? If you make it too long, you might just lose the reader’s attention somewhere along the way. If it’s consisted of a single short scene, you’ll allow for long breaks between the scenes.

If you’re like most other writers, you’re anxious about the structure and content of your chapters and scenes. You want everything to be exactly right. You’re thinking as an editor, and that’s what you’re doing wrong. You need to be thinking like a writer. Just write what you have on your mind. The structure and everything else can be fixed later.

If you catch yourself overthinking, the collaboration with another writer or an editor might help. Jamie Turner from XpertWriters does not hide that his business exists thanks to people who is not as good in writing as they want to be.

Writing a book is a huge challenge. You know the rules and you try to fit your inspiration within them. Sometimes, however, you still get stuck. At such moment, the right tip can make a real difference. Hopefully, you’ll carry on with your work after reading this article. 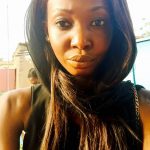 Susan Saurel is a teacher and writer from Texas who is ready to share her experience with readers. Susan loves life and extreme sports. You may follow her on Twitter or add on Facebook.