Choosing Character Names For Your Novel

By Bailey Belmont/ The Latin proverb nomen est omen tells us that a name is a sign.

No matter how much we like to think that we make our own fate, it turns out that our names have a hand in determining it. And it's not always for the better. Studies show that in the United States if you have an African-American sounding name, you are less likely to be employed than if you have a typically Caucasian name. Similar things will happen in Sweden, where immigrants who change their names to ones that sound Swedish or neutral get better pay.

But even if you look beyond the evident racial or ethnic bias, names have the power to carry a meaning that speaks about us and affects how other people perceive us. We may do better in life if our name is easy to pronounce. We may be perceived as being smarter if we use our middle name initials. In Germany, people with noble-sounding names more often find themselves in managerial than worker positions.

Names matter. If you're a writer who's sitting down to write their first novel, you know that the characters you create will, at least partially, be determined by the names you give them. Think about a famous character, like Eddard ‘Ned' Stark from G. R. R. Martin's series A Song of Ice and Fire. You probably know the character from the TV show Game of Thrones, but pretend for a second you didn't. Do you see someone called “Ned Stark” as being talkative, extravagant, flamboyant, or soft? Chances are you don't. And can you think of someone carrying a name “Targaryen” as being ordinary and unimposing? Probably not. This brings us to the first naming advice for first-time novelists.

1. Use Names that Describe the Character
Let's take a closer look at G. R. R. Martin's Starks. Their family name is an adjective – stark can be used instead of the adjectives sheer and complete, but it can also be used to describe something that's severe or has a bare appearance. Now think about the character of the Starks' paterfamilias, Ned. Ned is the embodiment of the North, as Martin envisioned it. He is tough and honest and a very clear-cut character. His last name describes his character.

2. Use Root Words to Find Good Character Names
If stark doesn't sound exotic enough to you, you can always dig a bit deeper into the meanings of the words to find a great sounding name. Some of the best examples of how to find an unusual name that still signifies important character traits is Remus Lupin, a character from J. K. Rowling's Harry Potter series. He is a werewolf, and both his first and last names have references to wolves. “Lupin” is the Old French version of the Latin lupinus, which means “pertaining to the wolf.” Or take Severus Snape – severus is the Latin root word of the word severe.

3. Use Mythology and History
Remus Lupin's first name comes from one of the two mythological brothers who founded Rome. The two brothers, Romulus and Remus, were brought up by a wolf – another reference to one of Lupin's defining traits.
You don't have to be that obvious, though, when changing name – Harper Lee's Atticus Finch, the once beloved and now controversial character from To Kill a Mockingbird and Go Set a Watchman, got its name from the Latin adjective atticus, which means classic or elegant. The same word was also used in Ancient Rome to denote someone from Attica, the region of Greece where Athens was established. And the old Athenians were the people that gave the world democracy, so this name makes sense for the character of Atticus Finch. Until you read Go Set a Watchman, that is.

4. Use Names that Make Sense
What worked for Martin and Rowling doesn't have to work for you. Both of these writers write about fantastic worlds, and they have the liberty to pick and choose and make up their own names. When you're writing something that's grounded in reality, your choices are more limited. You can't give the name Mike Stone to a 19th century Eastern European artist. And you can't name an English 16th-century noble Vladimir Nikolayevich, even if you are writing fiction.
If you're writing a historical fiction novel, the character names you use have to sound like something real people who lived in those times would have been named. So put Vladimir in 19th century Eastern Europe, and use Mike Stone for a hard-boiled sixties' detective in the United States. You should be careful when using names from cultures you're not too familiar with – naming conventions vary from one culture to another, and if you want your characters to be believable, the first thing you need to do is get their name right.

5. Don't Use the Same Name Twice and Mind the Initials
Chances are your novel will have more characters than one. A piece of conventional wisdom says that you shouldn't have two characters with names beginning with the same letter. It's said that this would confuse the readers. But even if you think your readers won't be confused by having a John and a Jocelyn in the same novel, you should stay away from giving the same name to two different characters, unless it's important for the story.
What you can do, however, if you want to make a character stand out, is to have their first and last name start with the same letter. If you're thinking about writing a comic book or a graphic novel, this is almost mandatory. Think about Peter Parker, Bruce Banner, Stephen Strange, and Lex Luthor.

6. Choose Names As if You're Writing a Bestsellers
Even though you're writing a novel, you should also think about how the names you use sound. Maybe you're writing a bestseller, and one day you'll have an audiobook of your novel produced. In that case, you need to make sure that your character names sound clear when spoken. You should also be very careful when using real people's names. You can borrow first names from friends and family, but using their first and last names might not be a good idea, especially without their permission. If you're writing a particularly bad character, try not to give them a middle name. It would be best to keep it a bit vague and decrease the chances that someone with same first, middle, and last name reads the novel and gets offended.
A parting piece of advice – don't be afraid to give yourself some time to think about your characters' names. Look for good names everywhere. G.R. R. Martin recommends baby naming books. J. K. Rowling prefers medieval saints, maps, and dictionaries. When you find names you like, read them aloud. Read them to yourself and to others, and make sure that the names and the characters match. If you're not happy with a name, try to find a better one. You don't want your character to be stuck with a name that doesn't fit well. 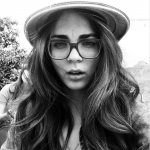 Bailey Belmont is a professional writer, blogger and learning geek. She is here to share her thoughts and ideas on how to use writing to expand our personal and professional frontiers. Keep updated with Bailey via Facebook or Professional Essay Writer.