By Guest Blogger, Jonathan Vars: Dystopian fiction offers that tantalizing “what if” that ignites the imagination of readers everywhere.

It makes the audience aware of the potential dangers of a totalitarian government, even when presented in somewhat fantastic scenarios. Dystopian fiction presents an altered world with altered rules, rules which eventually become repellent and adversarial to the protagonist. In these novels, the hero must do that which is unnatural and foreign to the human psyche: challenge the reality with which they are presented.

This particular genre seems to be on the rise more and more with successful series like “The Hunger Games” and “The Scorch Trials” taking up space on bookshelves and movie racks. Audiences love rooting for an underdog, giving dystopian fiction a strong appeal by pitting the hero against not just and individual or organization, but an entire government. While dystopian fiction allows for something of a wide berth in terms of guidelines, there are certain key concepts that one should keep in mind when writing in this genre:

As stated above, dystopian fiction allows for a fairly broad field of representation. Since events almost always take place in the future, one can create literally any sort of fictional environment with technology and culture shifts reaching to the furthest extent of speculative fiction. While this allows for great artistic freedom, it can also become quickly confusing to the reader, making it necessary to lay clear groundwork for the “universe” in which the story takes place. Find a way to quickly establish the rules and parameters of this “brave new world.” What are people allowed and not allowed to do? What stipulations does the government lay on their lives? What are the consequences for running afoul of the dystopian government?

Lay Out the “False Utopia”

In essence, dystopia can be thought of as a “false utopia”, a society that initially seems perfect, but turns out to be thoroughly corrupt. For this reason, it is necessary to present the pseudo utopia for what it is. Why has society grown dystopian? What was the initial “perfect plan” that turned sour? Are there some select few for whom society is still utopian? It is often beneficial to begin the story with the protagonist blindly accepting the world around them, then slowly beginning to question the nature of the society they live in. This allows the reader to adapt to the environment and witness the unfolding of the protagonist’s character.

In almost every dystopian novel, some major “event” occurs which justifies the altering of reality and the seizure of control by the government. These events can range from nuclear war to population explosion to a worldwide pandemic. The “event” serves to rationalize whatever policies the dystopian government put in place, creating a sort of “desperate times, desperate measures,” scenario. This adds a measure of realism to the story, as dictators and totalitarians generally rise in times of great panic or turmoil.

No society grows dystopian on its own. In order for a state to grow thoroughly corrupt, a driving force, ie a dictator or totalitarian of some kind is necessary. Keep in mind, this does not necessarily have to be a single individual. Dystopia can easily be ruled by an oligarchy, a senate, or a committee of sorts. It is generally a good idea to keep this individual or organization “faceless” while all still appears utopian, revealing the leader’s true, despotic nature once the protagonist discovers the true nature of society he/she is living in.

Every dystopian novel contains some form of resistance from the protagonist. How and to what level are they resisting? Do they merely violate certain laws ie read forbidden material, or do they “go all the way” and form an army to overthrow the government? Make sure to form your protagonist in such a way that their methods of resistance are realistic. For example, if the character has expressed only mild annoyance at the conditions of the state, it is unlikely that he/she will join a plot to assassinate the head of the government.

It is necessary that a dystopian novel end with a definite result of the protagonist’s actions. Is the hero successful in bringing about a change in the dystopia, or is the protagonist crushed by the government? Are the people willing to accept the idea of change, or have they been so beaten down that they are no longer able to think for themselves? Keep in mind, not all dystopian fiction needs a happy ending. On the contrary, it is somewhat unrealistic to believe that a state or nation could correct itself over the course of a single novel. In driving home the serious points of dystopian fiction, some authors may choose to leave the state of things as “status quo” to send a message to the reader.

In the end, dystopian fiction will always serve as a reminder of the importance of personal freedom and the value of the individual. It also cautions readers to consider carefully the world around them, and to not simply blindly accept the decisions of others. Even the most fantastic of dystopian scenarios can make valid points and raise important questions about government, society, and the nature of humanity. 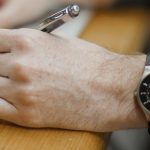 Jonathan Vars is a Christian fiction writer from New England, founder of the writing website voltampsreactive.com. His work in literary analysis of classic films and literature has been published by academic websites and he is the author of the soon to be released novel “Like Melvin” for which he is currently writing a sequel. In addition to writing, Jonathan enjoys running, painting, and trying not to freeze to death in the winter. He is currently willing to consider guest blogs for his website.