Classical Hero: How Make This Character Work for Your Novel

By Guest Blogger, Paula Hicks: Heroes are hard to come by in real life, especially in this day and age. However, in literature, there are so many brilliant examples of complex, well-written classical heroes. If we were to take a look at ancient literature, we would come across Achilles, Hector, Odysseus, or Prometheus. We don't even have to go back that far because compelling heroes such as Hamlet, Robin Hood, Harry Potter, Gandalf, King Arthur, Sherlock Holmes, James Bond, and Atticus Finch immediately spring to mind.

So what constitutes a classical hero? What makes them what they are? While it's hard to come up with a strict definition of one, a classical hero is simply an ordinary person, but which displays greatness given the right set of circumstances, or possesses a great skill or talent which sets them apart from normal people. And that skill doesn't even need to be qa skill at all, it can be a hero's character trait, such as bravery, moral values, and so on.

So how do you create a classical hero and make them work for your novel? Let's find out.

We've already mentioned that a hero has to possess a certain extraordinary ability which nobody around them has. When developing a character who is a classical hero, especially if you are a beginner novelist, try and come up with a list of your favorite classical heroes from great works of literature. Analyze what makes them so great and draw comparisons to your own character.

There are two different routes you can take when you are writing and editing a book around a classical hero figure. The first option would be to make them an epic, almost mythical figure that is larger than life, with deeds of equally large magnitude. A great example of such a hero would be Achilles. Although technically a demigod, he was also human. The second option would be to create a hero like Atticus Finch, an ordinary person who stood up for what is right, regardless of the cost.

Tie Them to an Archetype

Despite having extraordinary abilities, truly memorable and compelling heroes are also human, which means they have flaws and weakness. This keeps them realistic and easy to identify with, but also has you rooting for them to overcome their flaw. Characters which exhibit moral weakness are especially interesting, because it enables you to make them more complex, and sometimes, even contradictory. However, you need to be careful not to make your hero too flawed, which would make them hard to identify with, or even cause the reader to despise them.

Whether your classical hero is someone who is morally unshakeable or someone whose morals are a bit more flexible, it doesn't matter. What matters is that your hero character needs to have some values they live by. Take for example Dexter Morgan, the protagonist of Jeff Lindsay's series of novels. He is a serial killer, a typical anti-hero, yet the readers are able to root for him, because he operates according to his father's moral code, which includes killing people which have slipped through the cracks of justice, despite their heinous crimes. This makes him easier to identify with, despite the nature of his actions.

The saying “Each film is only as good as its villain” can also be applied to novels and other works of literature. Aside from their words and actions, classical heroes are also defined by their opponents. Antagonists are able to bring out the best and the worst in a hero character, which means that, the more powerful and intelligent the villain, the greater the hero.

Creating a classical hero for your novel is a challenging task, but if you decide to follow the tips described in this article, you will have no trouble doing so. With a memorable protagonist, your novel will become even better. 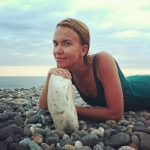 Paula Hicks is an experienced journalist from Romania. Currently, lives in the United States and works as an editor and freelance writer. Her big dream is to open a publishing house in Europe.