7 Secrets of Creating a Memorable Character

Welcome to a week long blog series to kick of #NanoWriMo from Novel Publicity Bloggers!

By Kevin MaNamara / Writing an excellent story can be quite difficult and frustrating. You have an outline in your head, and you already know how it will begin or end. But who will run the storyline? Who can stick your readers to when they try to be introspective about your story?

These are what characters are for. They bring forth the messages of your story as well as the important themes within it. However, the challenging aspect sometimes is how to create a character. Writers do not just think of the physical appearance or gender of the character. While the physical attributes are important to know, an in-depth view of the character carries the substance. The key here is to create layers upon layers of your character and slowly peeling them as the story continues.

To do this, here are the seven secrets to perfecting character creation:

Be as descriptive as possible

If you look at all the memorable characters out there such as Harry Potter and Frodo, you will notice that they are very noticeable and unique in terms of appearance. Harry Potter had a scar on his forehead, and it was an important description all throughout the seven books. The goal here is to tag as many descriptions to your character so that your readers can fully imagine them. As your readers go along the adventure of your character in your story, the image of your character will then be fixed in their heads, making them memorable.

Give your character a reason for being

Be clear with your character’s strengths and weaknesses

Contrary to popular belief, so-called perfect characters are actually not as memorable as those who seem to be human. While it could be tempting to create a character that can do anything and be anything, it simply is in our nature to remember those we can relate to. As such, it is important to show your readers that, although your character has a lot of strong points that make them impressive, he or she also has weaknesses that he or she has to overcome.

What makes this a very important step in character creation is that your readers are a part of this. It’s a very interactive step where they reflect and analyze your character as well, making it even more memorable for them since it stays on their minds for a long period of time, showing that you character actually piqued their interest. 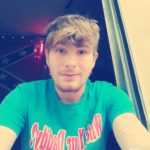