How to Beat Writer’s Block 101

By Guest Blogger Stephen Bennet/Does writer's block exist? For more than 60% of writers it does, according to a survey at Stop Procrastinating, the productivity website and website blocker.

As with most conditions there’s a spectrum where some writers may find it difficult to write for a few hours or days and all they need is to adjust their way of thinking, while for other writers the problem may have set in for longer.

We pulled together 101 proven tips and techniques what work to cure writer’s block. So, here’s a few of the best strategies the writers’ used. It’s an interesting mix of creative motivation techniques and unorthodox routines.

The survey found that the causes of writer’s block were mainly high expectations, fear of failure and pressure of unrealistic deadlines. They got around these barriers using the following:Scientific studies have shown that creative activity in the brain is highest during and immediately after sleep. Our study confirmed that writers who changed the time of day they wrote to early in the morning beat their writer's block. 55% of

Not all the tips will work for everyone, but they’ll be at least one that will work for you when you’re facing a blank sheet of paper and a blank mind. 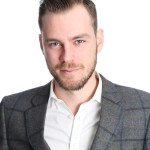 Stephen Bennett has worked as a data scientist and researcher at Stop Procrastinating, the productivity website, since November 2014. Before that he studied psychology and empirical science. He believes with so much information available on the internet in researching and providing robust and evidence-based findings that will be a real use his fellow web users around the globe.