5 Bad Writing Habits You Can Do Without

By Guest Blogger John Henderson/Anyone can sit in front of a blank page and make words happen. You are better than that. You are pouring out your soul for the benefit and, let’s be frank, applause of others. We all are.

Regardless of how well you develop characters, define your goals, outline or self-edit, there are a few overlooked problems that many new authors have.

If you are serious about writing, then you need to take a close look at these five traps that wreck so many new authors.

I wanted to name this one “feeling” but that is for the next trap. Guessing at what your readers think, want or need is a huge problem. You will guess wrong. Your readers are sophisticated beings, who may have some things in common with you, but not everything. It is imperative that you do some research on your topic. You are presenting yourself as an authority, so become one.

This applies to fiction as much as non-fiction.

While watching a Lord of the Rings movie, a friend turned to me and said, “That is so unreal, those creatures would never do that.”

If you aren’t familiar, Lord of the Rings is a very, very fictional story. How was Siberia anyway?

What I think he meant was, “That is uncharacteristic of those creatures,” which was true. But, this person was so entrenched in the culture of the story that he knew how the characters would act. More importantly, he expected them to act that way.

Your readers are smart. They expect fluency, realism and some truth. Make sure it’s there for them.

Mechanics work on cars, plumbers fix water pipes and linemen work on powerlines every day. They get up in the morning, put on their boots and go to work. But there is this notion in the creator community that you have to be inspired before you can create.

Professionals go to work. However, so many “soon to be writers” think, “I’ll sit on the beach, drinking, and build a fantastic blog with lots of followers. Then I will write a bestseller in six months, and take a few years off, to drink. Then

I could hire someone to write for me, while I drink.”

I hate to burst your bubble, but you have a drinking problem. And the, “write when I feel like it” thing doesn’t work. I recently read a challenge from a new blogger. He wanted to challenge other writers to write every day. I didn’t know how to tell him, that’s what writers do. That’s like asking a cab driver to spend a little time each day, driving.

If you are already doing this, and you are finding it difficult to continue to write, (I try not to swear so I won’t use the w. b. word!) try creating different frameworks for your writing. Change up your outlines, use the Pat Flynn brain dump method or check out this article, by Melissa Storm. She wrote 3,000 words in one hour using her scaffolding method.
Pareto’s law is that 20% of what you do is effective and 80% is not. Better chew through that 80% if you want to see results.

In my latest book I modeled my main character after, who else, myself. He is rough around the edges but effective. He has a little criminal in him and is a con-man. But he is very handsome. After sending it to my editor I was surprised to see her name glaring back at me, angrily from my inbox after only a few days. “Am I that bad?” I wondered.

It turns out that it wasn’t me, it was my main character, Paul, who was me.

In her email she explained to me, “I can’t finish reading this because Paul is such a @$%!*.” Ouch! But in her explanation she went on. “There is no way this guy could get away with a con. It just isn’t believable that a guy like this could keep people around long enough to con them.”

After my lip stopped quivering I realized that she was only looking out for the best interest of the book. What she wanted was for people to fall in love with Paul, so they could cheer him on as he completed his arc.
Plus, if Paul was a version of me, then she said I’d make a bad con-man, right?

The point is that your editor is not judging you, even if she is judging your main character who is a version of you. She wants your book, post or article to succeed. She isn’t saying you are a bad writer, she is helping you get better.

Try to write for everyone

They serve a niche, which is what you MUST do to be successful.

Jerry Jenkins is one of the most popular authors ever. He has written 190 books with over 70 million copies sold. But the population of the U.S. is over 320 million.

He hasn’t even sold his books to 1% of the U.S. and his books have been translated!

Nothing is for everyone, so stop trying to make your writing universal. It isn’t. If you aren’t getting some haters, then you need to spice up your writing. Put your personality in it. Make jokes, be angry, fall in love and be bold.

If you have stopped guessing and done some research, then you have a pretty good idea for whom you are writing. Make your next project something they can’t live without. Write to them, not to every one else.

I’m not interested in your sequel, yet. Do not leave me hanging.

This is something that I see a lot. Perhaps because it is a great email tactic, people think that it will work in their first novel or on a blog post.

Once you build a readership, develop a character that people can’t get enough of or write the next business classic, then you can try it. But for now, I am vested in your story, not your career.

Your reader has traded their time for your story. They are waiting for an ending. This is when you make it all worthwhile. This is your thank you to them for giving you their time. Of all the articles, books or blogs available, they chose yours.

Don’t leave loose ends. Your story must conclude, your research must arrive at an answer. I may not like it, or it may change my life, but it has to occur for me to care. Kill someone (in your book of course), get the couple married, explain what the findings mean, give a call to action, but don’t make me guess. I won’t.

Speaking of a call to action, be on the lookout for these traps, in your current, and previous writing. Start with an edit on the last two pieces you wrote. Banish them from the next piece as well. You will love what you create.
So will your audience. 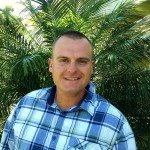 John Henderson is a speaker, blogger and author. He has the unique distinctions of becoming a college professor as a high school dropout, transitioning from living in the back seat of a car to living in beautiful homes on three of the Hawaiian Islands and riding to and from work every day for six months while hanging from a rope attached to the bottom of a helicopter. His unique perspective on life gives voice to the person in all of us who isn’t sure, but tries anyway. He is the author of The Search and runs lifewisefuture.com.