If Only… One Author’s Glimpse into the Idea Factory

Novel Publicity relies on people like you, readers and bloggers, to make our authors’ work leap off the screen and into reading devices across the globe.

So we decided to ask our authors to donate to a huge giveaway thanking you for all your time, and take part in this blog series. From now until the end of the month, authors are writing posts for you, instead of the other way around!

Check out their thoughts, gripes and writerly advice here, and don't forget to enter the giveaway at the bottom of the page.

By Guest Blogger Chrys Cymri / When a writer was asked this, at a science fiction convention I was attending, he said, ‘Well, there’s this company we authors write to. We send a cheque, and then about two weeks later the idea arrives in the post.’

A month ago I was looking through an old school notebook, and I found the first draft of ‘Dragons Can Only Rust.’ I wrote it when I was fifteen years old, and the whole point of it was The Great Reveal. The story seemed to be about a flesh and blood fantasy creature, but when his Master opened him up, Gonard was revealed to be a robot. In the original story, the dragon was dismantled at the end. It took a friend of mine to ask, ‘Oh, why can’t the dragon live?’ for the short story to become the first chapter of the novel of the same name.

I can’t remember how all of the novel came to me. The green crystalline City emerged in my imagination when, as I was driving through the Peak District in England. I heard the Starship rock anthem  ‘We Built this City.’ The combination of the song and the rocky peaks around me gave me the vision of green crystals growing in response to song.

‘The Dragon Throne’ and ‘The Unicorn Throne’ grew out of my reaction to the fantasy novels I was reading at the time. My feminist hackles were rising because, novel after novel, the men got to be knights and go on adventures, whereas the women ran the home and had to preserve their virginity for marriage. So I deliberately created a world in which both men and women could serve as knights, rule kingdoms, and it didn’t matter if you weren’t a virgin on your wedding day. Bringing in a unicorn as one of the major characters was originally meant as a way of emphasising that a Queen could still associate with a unicorn even if she were bedding her squire. That the Prancer would then develop his own character arc wasn’t something that I had foreseen.

My one-off move into Christian fiction came from a friend’s fascination with Judas, the disciple who had betrayed Jesus. ‘How could he do that?’ she would ask. And so I explored how it feels to be betrayed, how one can betray with the best of intentions, and set the story of Jesus into our modern day world.

I only had the idea for my latest novel, ‘The Temptation of Dragons,’ on September tenth. I was driving to visit a family to talk about the baptism of their baby in my church. On the way, I was pondering a conversation I’d had with a senior clergyman some years ago. ‘Holy water is a protection against vampires,’ I had told him. ‘But what if a woman priest has blessed the water, and the vampire doesn’t accept the ordination of women?’ ‘Only you would ask that question, Chrys,’ had been his response. But what, I wondered, if he had responded differently? What if he had said, ‘Of course vampires aren’t injured by holy water. How could they be baptised if they were?’ And I pulled the car over and sketched out notes for what became the second scene of the novel.

It can be hard, though, to work out where ideas come from. I’ve sometimes taken a break from writing, wondering what on earth to put down next, when the scene suddenly appears in my head. Other times I can sit and stare at the computer screen and absolutely nothing comes. 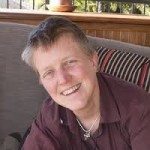 Priest by day, writer at odd times of the day and night, I live with a small parrot because the upkeep for a dragon is beyond my current budget. Plus I’m responsible for making good any flame damage to church property. I love ‘Doctor Who’, landscape photography, single malt whiskey, and my job, in no particular order. When I’m not looking after a small parish church in the Midlands (England) I like to go on far-flung adventures to places like Peru, New Zealand, and the Arctic.

[jbox color=”blue”] Join our New Years Blogger Giveaway!
Chrys Cymri was one of the fabulous authors who donated one or more prizes for our Blogger and reader giveaway this month!
Check out all the prizes and enter the rafflecopter contest below.
a Rafflecopter giveaway [/jbox]