By Falcon Storm/ Let's face it, sometimes being an author sucks. Sometimes it’s hard, lonely work. So what do we do when we get bad reviews or when someone obviously doesn't understand our vision?

Here are a few ways to deal with the stress that comes with being an author.

Take a deep breath. Hold it. Keep holding it… All right, let it out. Phew. Okay. Breathe in again. Breathe out. Keep doing that. It helps. Something about oxygen that just makes me feel alive, y’know?

Now, who has you down? Is it a reviewer? Is it a critic? Well, we’re going to deal with them in a very unhealthy, but totally safe (speaking from a PR perspective) way. I want you to imagine this person so filled with toxins that they have to spew it out into the Internet. But they’re not in front of their computer right now. Now, they’re walking down the street and bump into your protagonist. Or maybe your antagonist is there, too. What would they do? I think they might just have to put aside their differences to deal with this problem. Now what sort of things would you like to have happen to this “problem?” Let your imagination run wild. We’re writing just a little short story here. A tale of woe befalling the right people.

Yes, I know it’s a petty exercise, but I know it makes me feel good too. I figure if karma can’t deal with it for me, I can at least fantasize about things being right with the world.

You know what? Sometimes, just thinking about righting the wrongs in your life isn’t enough. What I do in those cases, is I write all the issues down. Hey, I am an author, therefore I write. Once I have all those problems written down, I tear this piece of paper out of my notebook. Next, I rip it up into little pieces. If I’m still not feeling good about it, I’ll ball it up and chuck it violently at a wall. Still not feeling it? Well, there’s always another option. Yes, watching things burn can be quite cathartic. Of course, only burn that piece of paper, don’t let something bug you enough that you set your house on fire. Or anyone else’s.

Here’s one that I sometimes do, even though I have to make sure no one can hear me. It’s cursing. No, I’m not going to advocate the dark arts here. I’m talking about swearing. The F-Bomb. The nuclear option of the English language. Sure, this option isn’t for everyone, but I do sometimes have to swear at my problems. F this, and F that, and F everything. When I’m out of breath and I’ve eff-ed all I can F. I finally say “F it” and go to bed for the night. Things normally look a bit better in the morning.

What is left to do? There’s a zen approach for dealing with problems that doesn’t always help me, but might be able to help you.

Think about this: Your problem didn’t exist 50 years ago. It didn’t even exist 20 years ago or 10 years ago or even one year ago. This problem won’t be an issue 300 years from now. It won’t even be a problem 100 years from now or 50 years or ten years or even a year from now. In the course of your life, this problem is today’s problem. You might live 30,000 days. You will spend more time asleep than dealing with this problem, you will be in the shower for longer than you will deal with this problem, you will probably do a hundred things you love more than dealing with this problem in those 30,000 days . In the grand scheme of things, this minor stone in your pond of life will barely cause a ripple. So taking all of that into consideration, why should you let it bother you a second longer than you already have?

Breathe in. Breathe out. It is no longer your problem, release it. I would say, “let it go,” but well, Disney ruined that phrase for everyone now.

If all else follows, there’s the old author standby. Drinking. I don’t recommend this one personally, but I hear it did great things for Hemingway, Poe, and Kerouac. I’m only kidding about this, because turning to vices that could destroy you is never the answer. Of course, given the choice between obsessing about your problem,–be it reviews, lacks of sales, other authors–and destroying your mind and body with alcohol and even losing the very gift that drove you to become an author, doesn’t it seem like the better option would just be to move on?

This is one I’ve used frequently. I give up. No, I don’t give up on my writing or on myself. No, I give up on my problem. I think about the problem too much, I feel myself getting overwhelmed and I throw my hands up in the air and say, “I give up. I’m done. No more.” And I move on to something enjoyable. I play some video games, I eat a steak, I juggle, I watch a funny movie that has nothing to do with authors or writers. Mostly because TV and movies lied to me, it’s not as easy as they make it seem. But you know what is easy? relaxing. Not worrying about the work for just a couple hours.

That’s all I”ve tried, if you’ve got a better coping mechanism, let me know in the comments below.

Hopefully I’ve managed to help you a little bit and you’re not so stressed anymore. If you are still stressed, go run a few miles, get a massage, and participate in a barn raising. By the end of that, you should be too tired to be stressed anymore.

And one final tip before I sign off, if you find that the major stressors in your life are certain people or certain social media sites or what not, rather than continuing to be stressed all the time, cut it out. Whatever is bugging you, cut it out. I’ve removed toxic people from my life, taken long breaks from bad social media sites, quit jobs and moved across the country. I’m not saying run away from problems. I’m saying that if something causes you constant stress and doesn’t contribute to your mental well being, it probably shouldn’t be in your life.

That’s all from me, so good luck and keep writing. 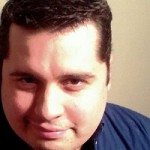 Falcon Storm was born in the frozen wastelands of Alaska. All that time spent in the dank, dark cold was quite enough, so he moved far, far away to the slightly-less-cold state of Michigan and now continues to seek out warmth by making others laugh.  From role-playing games to spinning tall tales, he’s always been a storyteller. These days he writes about funny and fantastical worlds set just beneath the surface of our own and works from home assisting in the day-to-day operations of Novel Publicity and raising his and Melissa’s sassafras daughter, Phoenix. Find out more on his website www.falconstormbooks.com or by social media: Tsu, Tumblr, YouTube, or GoodReads.

Write what you know? Maybe, Or Maybe Not: 4 Reasons to re-think this common cliche