Trying to Get Your Book Traditionally Published? Five Things You Should Know about Editorial Boards

When a manuscript gets seriously considered by the board, there are a few things that will make or break it’s possible success. Strangely enough, “They have a really good manuscript” is never a qualifier. I had not heard the term once while working in publishing. It could be the best manuscript in the world, flowing and poignant and tense and full of potential. But, for as much as your high school creative writing teacher focused on strong narrative, three-dimensional characters, or good verb choice, that is not what ultimately gets you that book contract.

This is what is broached most often. They will go through sales numbers for books similar to yours, and decide whether or not publishing yours is predictably smart and profitable. The success of your book is directly linked to the success of another author you have probably never heard of.

Take the case of Gone Girl by Gillian Flynn. Published in 2012, it was skyrocketed to such commercial success that almost every book that passed my desk fell directly into the same psychological crime thriller genre – ten months later. The highest praise the editors could come up with for a new book was that it was “like Gone Girl”. It’s success directly affected hundreds of other manuscripts.

My advice: Become familiar with what publishing houses have put out in the past six months, and how well these things have sold. Do the math (the simple kind that we writers can handle). If you’re sensing a trend, read those books and size up your opponents. Know what’s hot before you jump in the fire.

2) Do you already have a following?

Why are professional athletes given book contracts? What about politicians, self-help gurus, and journalists? Because they already have substantial followings, people who will buy their books cold. If you have a fan base, it is like a safety net for publishers – they know they will sell copies.

Granted, new up-and-coming authors are published too. There is hope for the unknown, because it is also promising for a publishing house when they can snag a gifted newbie and contract them for a five part series. But more often than not, the famous people get picked up without a pause.

My advice: Even if you’re not famous, you can have followers. Be assured that your editors will Google you. If they see that you’ve got a substantial online presence, or a well-read blog, or an impressive amount of followers on Twitter, it will only heighten their opinion of you. Get articles or short stories published online. If an editor can prove people already like your stuff, you become ten times more valuable.

3) Are you willing to compromise?

It is possible that your non-fiction book about bicycling across the U.S. might not attract a book contract. However, if you have a strong enough voice and are charismatic enough as an author, you might get a contract to write a different book altogether. This happened at one board meeting – the editors did not want this one author’s proposed biographical manuscript, but liked him too much to let him go. “Let’s contract him to write fiction instead!” they said.

Editors may ask you to add fifteen more short stories to your anthology, tack on another 20,000 words to your novel, change the gender of the main character, or combine two books into one. Your willingness to comply is the ultimate deciding factor as to whether or not your manuscript gets taken on.

My advice: Think twice before you argue, no matter the cost to your original manuscript. These editors do not have to quibble terms with you. If they say they need fifteen more short stories, the only way you’re getting published is by giving them fifteen more short stories. Attempts at maintaining your original manuscript’s integrity will result in your work remaining unadulterated, unblemished, and unpublished…

Finally, there is a good chance that your book could be used as an experiment. “We’ll only print 2,000 copies, just trade paperbacks, and see how it does.” Depending on pride, this could be a good thing or a bad thing for you. Granted, they are not publishing it because they believe it is the next Great Expectations, but at least they are publishing it.

My advice: Only settle for this if it is a last option. More than likely, a publishing house will buy your rights from you so that you cannot get it published elsewhere. Make sure that you’ve shopped your manuscript around to make sure no one else wants it before you agree to only get 2,000 copies made. Some other publisher down the line might snatch it up and print 10,000 in glorious glossy hardback.

5) Have you continued writing?

There are so many people pitching the first book to a prospective trilogy, tetralogy, or series. They figure that if they can get the first book published, they can get contracted to write the rest of the books on an as-needed basis. This is a mistake. Only well-established writers who have proven their ability to generate quality content on demand get to do this. Amateurs whom these editors don’t know from a fifth-grader with a crayon do not.

Once during a board meeting, I witnessed a manuscript accepted because the author already had the next two books written. If they published the first one, they could simply contract the other two as well and put them out a year apart with no sweat and no drama. This is extremely appealing to editors, because it proves the author is reliable and isn’t a one-hit wonder who will never write another novel again.

My advice: If you are planning on getting anything published, have backup material. Even if you are not writing the next Harry Potter series, have something finished on the back burner. It will only give you credibility. 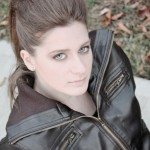 Olivia La Bianca is a Journalism/Creative Writing student, she enjoys all kinds of writing and has a passion for editing and publishing. The most exciting words in the world are “Chapter One”. Find out more at www.writerlyconcerns.wordpress.com or follow Olivia @Olivia_LaBianca

Need to up your writing game? Win a 6-month premium subscription to Grammarly here!