Six Steps for Self-Marketing your eBook

By Jess Millis/ So you’ve decided to go the self-publishing route with your eBook?

This opens up a world of doing it yourself and little to no marketing budget. It’s daunting, but you’re in good company. Writers from all over the world have made livings out of self-publishing. It requires social media promotion to succeed, though. It’s all about building up momentum and reaching your audience directly.

Forget gigantic billboards and sitting forlornly in a book shop hoping someone will recognize you. You can become an international superstar from the comfort of your own home…if you follow some simple steps.

Social media looks like the simplest beast of all. You post a few status updates and they eventually reach a large number of people. Wrong. There are so many nuances you have to take into account, such as what’s trending now, and what changes are being made by individual social media platforms.

I recommend choosing Facebook, Twitter, and one other. The one other depends on the content of your eBook. If you’re promoting an eBook on getting your dream job, LinkedIn might be the ideal platform for you. Write a book on cake making and Pinterest would be the ideal social media platform.

Do your research and ask fellow authors what social media platforms might work best for your book.

It’s all well and good joining a social media platform, but that’s only the start of your journey. Too many writers sign up to a social media network and do nothing with it. They’ll post updates and such, but they don’t actually interact with anyone.

You have to connect with others if you’re going to succeed. It’s time-consuming to start with, but by talking directly to people now and sharing some of their stuff you’ll steadily start to build a following.

There are some things you should avoid, such as:

Mass adding friends and followers. They don’t care about your book. They’re just there to make up the numbers.

Spamming people with updates all the time.

Your eBook should be seen as an asset to people. It shouldn’t annoy them or attempt to push them towards something that doesn’t interest them.

It’s better to connect with a hundred loyal followers than a thousand people who don't care about what you have to offer.

You have to generate excitement to encourage people to find out more. It’s the same thing with any book.

Let’s say you’re writing a fantasy tale about a heroic knight. You wouldn’t allow him to steamroll any and all opposition. That would be pointless because we already know the inevitable ending. No, you would put him in scenarios where he will struggle to escape. You will challenge him, and you won’t make it obvious to your readers that he’s going to accomplish his mission.

Google made it clear that it believes social media is the best measure of popularity available. It wants to move people away from the technical aspects of SEO towards producing content that’s genuinely useful for users.

Although social media will influence your SEO naturally, you still need to bear it in mind. Plug the occasional keyword into your statuses, where possible, but make it look natural.

Utilize hashtags to stick with the latest trends. It’s also worth trying to connect with someone through hashtags and get them to share your opinions. Little things like this can make the SEO effect even more potent.

Overall, though, the customer should always be the person in your mind.

The launch and the time immediately after the launch is when you’ll sell the most books. Use social media to launch your eBook effectively. It’s essentially a giant virtual party with you and 500 of your closest friends attending.

As sad as it sounds, it’s more cost-effective than a real party and usually more useful for selling copies of your eBook. There are lots of social media platforms that have options for people who want to bring people together.

You’ll accomplish two things with a great eBook launch. First, you’ll bring in curious onlookers that have never heard of you before. Second, your existing fans will appreciate the effort and keep coming back for more. You’ll gain a solid following that you can rely on to always buy your books.

Be The Fan Favorite

What is the fan favorite?

It’s difficult to define. Some people might refer to it as being a man/woman of the people. Social media provides you with all the tools you need to become a person people enjoy interacting with.

This is something you can't build up overnight. You need to take the time to develop a loyal following. Offer objects of interest, like special offers, to make it clear that the customer is always the number one person in your mind.

Make everyone believe that they’re a part of something truly special. Give people the chance to influence the course of your next book and allow them to put forward their suggestions. Respond to them promptly and make them believe you’re both an author and a friend.

Do this and you’ll enhance your reputation and increase the chances of your fans referring you to their other friends. 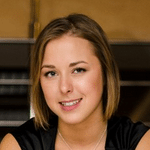 Jess Millis is an experienced writer, editor and copywriter. She works is an educator at James Madison University(JMU) (writing classes) and at EssayMama.com as an essay writing consultant. If you'd like to keep up with Jess, you can follower her on Twitter, Google+ or Facebook.

Nine Must Reads for the Aspiring Writer