By Haley Osborne/ Plenty of attention is paid to the all-important first sentence of an essay or short story but less attention is given to what readers truly see first: the title. The title of an essay, short story, novel, term paper or any other written work needs to engage the reader immediately. The old adage of not judging a book by its cover may be true, but plenty of people usually decide whether to read something or not by its title.

Creating a catchy title can be difficult. Usually, authors begin to write using a working title which may be close or sometimes quite different from what the final version will sound like. In other cases, authors think they know exactly what the title will be, only to change it the last minute. The truth is, few authors start with a title. In most cases, it appears out of the work itself and becomes one of the hardest things authors actually create.

Crafting a powerful title means cutting to the core of what you’re writing. It’s a way to draw readers in, so it needs to be a combination of memorable and engaging message. Unfortunately, there’s no single formula for success when it comes to creating a title Even the most seasoned authors often find they have to scrap one title in favor of another. The literary classic Of Mice and Men, for example, was originally meant to be titled Something That Happened and Ayn Rand’s dystopia Anthem was originally titled Ego, until she changed it right before publication.

A catchy and memorable title gets under a reader’s skin before they actually realize it. In some cases, memorable and particularly catchy titles even worm their way into pop-culture and the English language. Joseph Heller’s classic dark-comedy about war, Catch-22, for example, became a best-seller, a cult classic and a new phrase in the English language. Before the book was published, catch-22 simply did not exist as a meaningful phrase. But after his book took the world by storm, the title became a catchphrase in its own right and now there are many people who use the phrase often without knowing about its literary roots.

Summing it All Up

Any piece of writing, whether it’s an article, a short story or a full length novel – deals with a number of concepts, ideas and issues above and beyond what it's major story line. As a result, choosing a title that cuts to the core and sums up everything the author has to say may sound difficult at first. This approach can result in titles which try too hard and end up being clunky and anything but reader friendly. When Gulliver’s Travels was first published in 1735, Jonathan Swift clearly wanted to give his readers a taste of what his book was about. But the original title didn't last long since Travels into Several Remote Nations of the World, in Four Parts. By Lemuel Gulliver, First a Surgeon, and then a Captain of Several Ships was too wordy and not catchy enough for readers. Simply put, overwhelmed titles make readers lose interest in the story before they even opened the book.

Capturing the Spirit, Not the Story

Clearly capturing the crux of a story or essay can be difficult. Sometimes, authors need to cut right to the core of a story and in these cases, short, punchy titles often fit the bill. Peter Benchley began writing his iconic novel as a dark comedy but soon realized the story was taking a different turn. Instead of the light hearted titles he considered first, he ultimately went with the simple and chilling title Jaws proving that one word can truly terrify the audience. Robert Bloch knew it, too, and his 1959 thriller Psycho remains one of the most popular and chilling modern novels. Short, punchy titles can draw a reader in and take on a new meaning once the story is finished. Shirley Jackson’s 1948 short story, The Lottery, is a perfect example of this. At the beginning of her story readers believe it’s nothing more than a story of a chance and luck. By the end, the idea of a lottery suddenly appears to carry more sinister overtones.

In theory a title should give readers some insight into what they’re about to read. This is the general rule of thumb but, of course, rules were meant to be broken. No author knew this better than the notorious Hunter S. Thompson. Thompson broke into the world of journalism reinventing it and along the way his titles left a trail in people's memory becoming appellative. His phrase ‘Fear and Loathing’ was used in a number of titles and has become shorthand for a night of excess and adventures that are both thrilling and fearsome. But even that can't be compared to the title he gave to a simple review of a motorcycle. The thing is, Thompson had to write a review of Ducati 900SS for the Cycle World. The result however caused an uproar. The title alone, Song of the Sausage Creature, was far from being ordinary, and made the readers (even those, not interested in motorcycles) read the article. Needless to say, that the review itself went on to become one of the most controversial articles ever featured in the magazine.

Creating a title is no small feat. It must immediately engage readers and tempt them to read the whole piece of writing. At the same time, author has to be careful not to give too much away or overwhelm its potential audience. This can be difficult task for any writer, but especially for novelists, who are not used to compress thoughts in several words. However, keep in mind that choosing a title that cuts to the chase, engages readers and offers a peek inside the mind of the author is part science, part art and is potentially one of the longest lasting legacies an author leaves behind. 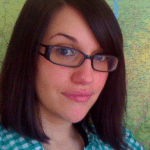 Haley Osborne is a freelance writer by day and an amateur novelist by night. She is also a contributor