The Problem with First-Person Narratives – Beware the I-Bombs!

As both a reader and an editor, I see more and more first-person narratives these days. It likely has something to do with the old guard – the “gatekeepers” – not influencing as many books, as the indie publishing revolution continues.

Once upon a time, while shopping my manuscript for Forgive Me, Alex around to agents, I encountered a number of agent websites on which they stated flat-out, “No first-person narratives accepted.” Such blanket “rules” frustrated the dickens out of me – right up there with “No prologues” and “No present tense narratives.” Still, in order to satisfy the gods of literature, I set about making my novel a third-person, past tense narrative, as instructed by the literati.

Then, about 100 pages into my manuscript, it occurred to me that much of it was flat, without emotional depth—lacking the impact, the punch in the gut I’d hoped to create. The answer? Simple: Change it to a first-person narrative, and just don’t submit to those agents who posted their dismissive warnings.

However, that decision spawned quite the learning experience, and it has particularly jumped out at me as I’ve been editing more first-person narratives. Indeed, the literary agents’ frustration over such pieces, the thing that clearly caused them to throw their hands up and surrender, and to apply those blanket rules, grew clear as air to me.

Let us call them “I-Bombs.” 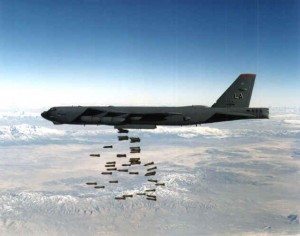 Almost every first-person narrative to cross my desk has languished beneath a series of I-bombs: I did this. I went there. I thought this. I felt that. I heard another thing, and I did that other thing. I, I, I, I, I, I, I….

“I wanted to tell you this story in which I was the star, but…. Enough about me. What do you think about me?”

Yeah, that’s how those stories read: narcissism on parade. When I encounter 45 “I” on the first page, it goes right to the REJECT pile – whether I’m wearing my editor’s hat or my reader’s hat.

Perhaps because we’re more likely to become the character-narrator in a first-person narrative, our minds get stuck in “I”-mode, and we revert to telling how everything affects “I,” rather than showing the story, allowing it to unfold in a series of scenes focused not on “I,” but on the people, places and events surrounding “I.” When you write, “I remember when John said he wanted to kill me,” you’re telling the reader of the character’s experience, rather than allowing the reader to experience it right along with the character-narrator. That shared experience between character and reader is the essence of a great read.

Most first-person narratives, laden with I-bomb after I-bomb, devolve into a telling, boring, look-at-me-world bit of torture that causes many readers to scramble.

Then, remember the primary commandment of effective writing: Show, Don’t Tell. And please, beware the I-bombs.