Infinite-Verb Phrases Give Readers an “Act without an Actor”

Too many writers use infinite-verb phrases to open sentences. Way too often. Yes, that’s a strong statement, but I’ll stand by it, because I believe we writers harm our cause when we attempt to rationalize bad writing. The old excuse, “Well, lots of writers do it,” is no excuse. Lots of people do lots of bad things; that’s never proper justification for us to do them too.

We see stories through a series of visual images, and when a writer creates a disconnect in any given image, he reduces the effectiveness of his story. When an act occurs, and then the actor appears in the scene, we have that disconnect. Imagine going to a Broadway play, and you hear crying behind the curtain, but there’s no actor on stage. Then the actor appears, no longer crying. Disconnect. 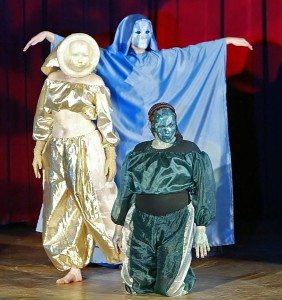 Some people think that just because a participial phrase ties, at some point later in the sentence, to a subject committing the act, that it’s okay. Wrong. A participial phrase needn’t be left dangling to qualify as poor writing. All acts require an actor, yes; but in the proper sequence, please.

I once saw a post online that indicated this dangling participle was bad: Hiking the trail, the birds chirped loudly. Why is that a dangling participle? Because the subject who committed the act of hiking never appeared in the sentence. That point is correct, as far as it goes.

The problem arises when the author suggests this “fix”: Hiking the trail, Squiggly and Aardvark heard birds chirping loudly. Never mind the other terrible parts of that sentence—the telling (heard) in lieu of showing, or the weak adverb. The author suggests that because of the addition of subjects, the sentence is now okay. Not.

Let us just focus on the infinite-verb phrase to start the sentence. An act occurs (hiking the trail), and then the actors show up (Squiggly and Aardvark). Disconnect. The visual image is out of sequence—broken. That, Dear Writer, is bad prose. Great prose unfolds like a film reel; at no point in a film would we see hiking, even for a moment, without hikers. Disconnect.

When we deny the intricacies of human psychology, of the way our minds work, in order to rationalize bad writing, we’ve defeated ourselves. If you place the cart before the horse, how in the world can you expect the horse to pull you to your destination? Here’s a more effective sentence: Squiggly and Aardvark hiked the trail beneath a cacophony of chirping birds. As I’ve said so many times, Dear Writer, please keep it strong and direct. Your readers will love you for it.

Sentences beginning with infinite-verb phrases are so common in bad writing that one is wise to treat them as guilty until proven innocent—sentences, that is, that begin with such phrases as “Looking up slowly from her sewing, Martha said…” or “Carrying the duck in his left hand, Henry…”

Or the bad writer tells us, “Quickly turning from the bulkhead, Captain Figg spoke slowly and carefully.” (Illogical; that is, impossible.)

But even if no illogic or confusion or temporal focus is involved, the too frequent or inappropriate use of infinite-verb phrases makes bad writing. Generally, it comes about because the writer cannot think of a way to vary the length of his sentences. The writer looks at the terrible thing he’s written: “She slipped off the garter. She turned to John. She smiled at his embarrassment,” and in a desperate attempt to get rid of the dully thudding subjects and verbs he revises to “She slipped off the garter. Turning to John, she smiled at his embarrassment.”

The goal, sentence variety, may be admirable, but there are better ways. One can get rid of the thudding subjects and verbs by using compound predicates: “She slipped off the garter and turned to John”; by introducing qualifiers and appositional phrases: “She slipped—or, rather, yanked—off the garter, a frayed, mournful pink one long past its prime, gray elastic peeking out past the ruffles, indifferently obscene” (etc.); or by finding some appropriate subordinate clause, perhaps: “When she had slipped off the garter, she turned to John”—a solution that gets rid of the thudding by lowering (hastening) the stress of the first “she.”

…Used indiscriminately, the introductory infinite-verb phrase chops the action into fits and starts and loses what effectiveness it might have had, properly set.