Learn from the best: Writing advice from famous authors

Stephen King said, “If you want to be a writer you must do two things above all others:  read a lot and write a lot.”

You are here because you want to be a writer. You don’t want to be just any writer; you want to be a successful writer. So, you are reading. Good job. You are off to an excellent start. Now, let’s see how we can get you to Mr. King’s second piece of advice – write a lot.

Mayra Angelou shared her method for writing a lot: “What I try to do is write. I may write for two weeks ‘the cat sat on the mat, that is that, not a rat.’ And it might be just the most boring and awful stuff. But I try. When I’m writing, I write. And then it’s as if the muse is convinced that I’m serious and says, “Okay. Okay. I’ll come.’”

Once the muse arrives, you’ll need to know how to put it to good use. Here are six tips that will turn mediocre writing into fabulous writing. Just like Mr. King and Ms. Angelou, many other famous authors were willing to lend their two cents. Let their suggestions guide you as you strive for excellence.

“A short story must have a single mood, and every sentence must build towards it.”—Edgar Allen Poe

You want to grab a reader’s attention. Which opening sentence is more likely to draw a reader into the story?

Don’t waste a single sentence on a subject that doesn’t matter.

2. Be a grammar fanatic.

“I believe more in the scissors than I do in the pencil.”—Truman Capote

Some readers just can’t help themselves. They will pick your writing apart until there is nothing left. While they are free to argue things like plot and character development, don’t give them easy fodder for discussion—like grammar mistakes.

The word “that” is probably one of the most overused and most incorrectly used words in the English language. It also happens to be one of the most annoying for grammar-freak readers.

“If it sounds like writing, I rewrite it.”—Elmore Leonard

In real life, lots of things can be happening at once. When you write, avoid the temptation to lump all the action on top of each other. Make the excitement last. If you reduce yourself to using the word “as” once every six months, you’ll be set. For example:

If you drone on and on for paragraphs (or pages) about the same insignificant detail, you are bound to lose the reader’s interest. Instead, throw in an abrupt change of pace. Now you have something entirely new to talk about.

“The ability of writers to imagine what is not the self, to familiarize the strange and mystify the familiar, is the test of their power.”—Toni Morrison

Remember the “I” in the story isn’t you. The person is a character. The story is fiction. Don’t write your life. Write a life. If readers wanted to know about you, they’d buy your biography. Or surf Wikipedia.

“If you are using dialogue – say it aloud as you write it. Only then will it have the sound of speech.”—John Steinbeck

Does your writing sound like writing, or does it sound like talking? Talk is terse. Write your conversations that way. Don’t use big, elaborate words in your writing unless the character would use them in real life. If you are writing about a dock worker, he shouldn’t sound like a theoretical physicist.

After all that is said and done, there really is only one way to end this article:
“I owe my success to having listened respectfully to the very best advice, and then going away and doing the exact opposite.”—G.K. Chesterton 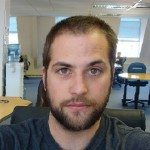 Steve is an essayist and a full-time freelance writer for Fresh Essays, a company that provides online editing and writing services. He wrote many papers on social media, education and college tips for students.

My biggest thing is actually sitting down and writing. When I do it, the words usually flow and I can knock out a story or chapter. But there are so many distractions and other life obligations, I don’t spend as much time writing as I should. Sites like 750words.com seem to help, because they give me a trackable daily goal to work towards.

Great advice from great writers! I like the Chesterton quote the best. Hmmmm, I wonder what that says about my future as a writer…