Why self-publishing is good for small presses

Self-publishing is a great idea.

The very first thing I need to do is make one thing clear: I own a publishing house. Yes, you read that (and the title) correctly. No, there is absolutely no need to lock your doors and await the apocalypse.

I’m sure an incredible amount of you are aware that over the past couple of years, lines have been drawn in the sands of the publishing landscape, with self-published authors becoming increasingly happier to go head-to-head with publishers; cutting the apron strings and shouting that they can do it all by themselves. And a lot of the time, this behavior has been met with snide remarks and bitter resentment (“You ungrateful wretch! After everything we did for you!”) rather than with words of encouragement.

So why do I think differently? It isn’t because I’m a published author (my strength lies in editing, not writing fiction), and it isn’t (wholly) because I’ve written a thesis on reader engagement with electronic texts. No, it’s because I got into this business because first and foremost, I love literature. I love words and cover art, and I have a sincere passion for getting people reading since it’s fallen so far out of vogue that most people would rather play Call of Duty than read a military thriller novel.

Publishing is a notoriously traditional business. The rise of the ebook saw many of the Big Six running around like headless chickens, trying to keep up with a new development. In a lot of cases, the bigger players are struggling to keep up with the smaller, more agile businesses who have the wherewithal actually to jump up onto their feet and do something about the rapidly changing landscape.

But I digress slightly.

I suppose what I’m trying to say is that by not being flexible or cognizant of these changes in reader behavior, the publishing houses showed themselves as mildly complacent. Everything boiled down the single bottom line—profit—and who cared about quality literature (sans typos) and trampling both aspiring and mid-list authors.

So the authors, quite rightly, fought back.

And so we’re moving into an era where the publisher has to show the author that they have something to offer. Many don’t care about much past that six-figure advance. Some want help with marketing. Some even —gasp! — want to learn more about their craft and the industry in general. Some want to belong to something they can be proud to be part of. But instead of sitting back and taking the sector for granted, publishing houses (especially the smaller ones, who don’t have a thousandth of the money to throw around as the Big Six) have to get out there and prove their worth.

And I think that’s fantastic.

It keeps us on our toes, destroys complacency, and quite actively forces us to look for the ‘best practice’ scenarios. My business strives not only for profit but for true, triple-bottom-line returns (profit, planet, people). And that gives us so much more to offer our authors in the long term.

So I want to tip my hat and say thank you to all the self-published authors out there, for shaking up the industry and allowing forward-looking businesses like mine to thrive…but only if we actually have something to offer! 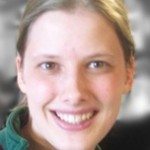 Sara-Jayne is the owner of Inspired Quill, a non-profit publishing house with true, triple-bottom-line values. When not running around trying to edit novels, market novels, and sort out finances, she can be seen acting either on stage or in small-scale film productions, watching everything from Castle to Warehouse 13, and trying to figure out how to get more hours in a day. She also believes that to-do lists breed when you're not looking. You can find her on Twitter @LadyTath; at her blog; or at her website.

I also own a small publishing company. In some ways I think a small press can bridge a gap in the current options!

Tim, to answer your question: not everyone wants to.

I started my business because I knew some great writers who had zero interest in locating editors, hiring cover designers, learning to format or to upload. They were happy to let me take over those aspects and do as much marketing as I can, while giving them really clear advice and help on doing the marketing that they are able to.

I’ve turned several people away. I’ve been totally clear with people that if they have any desire to try it themselves, or to learn to do it themselves, they should.

I offer a lower royalty rate than you’ll get doing it yourself. However, if you’re doing it yourself and not interested in doing anything to boost your book to success, then you might still make more money doing it with me! lol.

There’s no pressure for anyone to sign up with my press. I am totally clear and upfront with every one who comes to me about what I do. There’s a lot that I do and there’s plenty of people who are not interested in putting that much work in after having written the book.

Tim, I certainly can’t speak for Sarah-Jayne but I have a few thoughts. I am seeking an Indie Publisher for my memoir because I want the backing of a publisher. The writing process is such a solitary one and I feel like with my personality type I need that extra hand to help guide me. (I understand though that the majority of the marketing will be up to me.) Second, the publisher will foot the bill for fine editing and cover design, etc.

I think self-publishing is a fabulous option for those who wish to go that route but it’s a wonderful thing to have choices.

Good for you, exploring your options!

I’m sorry that the traditional people can come across as rude at times. From their perspective, you have to realize that they have hundreds of people throwing manuscripts at them every day!

Of course they need authors, but they also need authors who will follow directions about how to submit and who will supply manuscripts that are polished.

You’d be amazed at some of the stuff that publishers get. One long run on sentence for twenty three pages. Incorrectly used words on every page. The “story” is actually a tirade about the authors mother that makes everyone who reads it feel awkward.

Again, they are getting HUNDREDS of these.

You’ve just got to find the right publishing house for you! (And it is true that the self-publishing route requires a lot of work that will take away from your writing time).

I love the intern idea!