The self-publishing challenge: 5 points to celebrate

That started to change with the advent of the e-book and the surge in popularity of e-readers, and as I began to see quality self-published books come into the marketplace. Self-publishing, which only a few years back had been considered a stigmatized and marginalized segment of the industry, has become more and more embraced by the industry (readers, I find though, don’t give a hoot about whether a book is self-published or traditionally published—they only care that it’s professionally presented, well written and enjoyable to read.) Therefore, after much thought, I decided to self-publish Baby Grand in May 2012, working with the custom publishing division of Stonesong in New York City. I have been thrilled with the entire self-publishing experience so far, particularly with the following five aspects, several of which may surprise you.

Seriously, I was putting the finishing touches on—even incorporating current events into—Baby Grand only weeks before it was released as an e-book. That’s pretty darn fast! Plus, want to discount your book tomorrow for a quick promotion? No problem. Put out a second edition, like, now? Go right ahead. No need to wait. (Keep in mind, though, that just because things can happen quickly in self-publishing doesn’t always mean that they should. Be sure you aren’t rushing your book to publication. Have it read, re-read, edited and re-edited, and then read and edit it again. And it’s a good idea to do research and seek guidance on any marketing idea you want to implement. Avoid rash decisions.)

I’ve heard so many indie authors talk about this, and I really don’t consider myself a control freak, but I have to say that it’s nice to be able to make all the decisions associated with my novel—from setting the pricing to making the final call on everything from cover design to formatting.

I read a terrific post the other day over on the Author’s Corner of Kindle Nation Daily that is a reminder to all authors that self-publishing is a business. And if you’re running a business, you need to invest in that business—both time and money—in order for it to be successful, particularly for the things that are vital to the success of your book such as copy-editing and cover design. When I make an investment, especially a financial one, in Baby Grand, it forces me to really weigh the decisions around that investment. Am I making a smart choice for the long-term? Using my (limited) marketing dollars in the best possible way? Investing in my book, my work and my company has forced me to really think about what I want as an author and has made me a stronger, smarter businessperson.

Self-publishing is not easy. Even with a bunch of five-star reviews, some strong word-of-mouth, and tweeting, Facebooking, blogging and sharing to my heart’s content, sales are slow going. (Forget a watched pot… a watched Amazon ranking never changes.) But that’s okay. I like a challenge, which is probably why I became a writer in the first place—even though my strongest subjects were math and science. And I’m in this thing for the long haul. So bring it on!

5. The support and camaraderie.

Self-published authors are a generous and helpful bunch. Throughout the writing, editing, and marketing of Baby Grand, fellow indie authors have been there to provide words of wisdom, encouragement, suggestions and high-fives for a job well done. I am thrilled to be a part of this wonderful indie community.

In other words: So far, so good. Now, if you’ll excuse me, I’ve got some posting, sharing, Facebooking and tweeting to do. 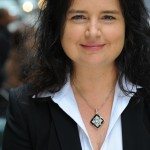 Dina Santorelli is a freelance writer/editor who has written for many print and online publications, such as Newsday, First for Women and CNNMoney.com. She served as the “with” writer for Good Girls Don't Get Fat (Harlequin, 2010) and most recently contributed to Bully (Weinstein Books, September 2012), a companion book to the acclaimed film. Dina is the current executive editor of Salute and Family magazines for which she has interviewed many celebrities, including James Gandolfini, Tim McGraw, Angela Bassett, Mario Lopez, Gary Sinise and Kevin Bacon. You can follow Dina on Facebook, Twitter, Goodreads and on her blog. Baby Grand, her first novel, is available on Amazon.

Yes, as a whole self-published authors go out of their way to help each other. I coach authors how to get on TV and many of my clients are self-published. I have to say they are a great group of people to work with. Thanks and good luck, Edward Smith.

Hey, Edward! Yes, indie authors are a great, supportive bunch. And with your help, they’ll be camera-ready. 🙂 Thanks for stopping by!

Hey, Wes! Welcome to the world of indie publishing! All the best to you!