When I moved to Erie, Penn. from the New York metro area, I quickly recognized one thing: my new cityhad an inferiority complex.

Even though this coastal town has stunning sunsets, affordable and abundant lake front property, low cost of living, an excellent environment for raising kids and could very well be the best kept secret in the country, the people who live here don’t get it. The natives make fun of Erie, slap it around like a used mop and jump at the chance to denigrate it.

I don’t get it. Where I come from, you’re proud of your hometown, warts and all.

It didn’t take long for my husband and me to realize that the pervasive putdowns common among the residents went a long way to stigmatize this once bustling manufacturing city. And now, not just the folks who live here believe it, so does everyone else.

The same thing is well on its way to happening to the independent self-publishing movement.

Being a newbie to self-publishing (one and a half years), I can clearly see the similarities. The movement already suffers from an inferiority complex. Underlying our rally cry, ‘We are Indie, hear us roar,’ I can’t help but sense the word left unsaid at the end is, “Right?”

The mainstream publishing industry is an iron establishment that has done things a certain way for a very, very long time. While societal trends have pretty much driven it to its knees and forced it to change, the change has been achingly slow. And the truth is, not much has changed at the core. For instance, it continues to patently shut out the majority of new talented writers and those whose work actually makes it ‘over the transom’ are offered paltry or, even worse, unattainable advances. It also allows self-serving and unfair systems to remain in place (such as, complicated and confusing royalty structures, expecting new fiction only to be marketed by literary agents, little to no budget for marketing and promotion, and limited print runs that only cover the advance).

I liken publishing companies to newspapers, an industry in which I have some experience and first hand knowledge. Rather than admit they are antiquated, fat, and in need of a serious overhaul, they stubbornly believe they should still be yielding the same profit margins, despite the overwhelming change in the way the world is reading and digesting information. Instead of being visionaries, embracing this change as an opportunity to effect real solutions and reinvent themselves, they stubbornly cling to their old ways, scramble to find band aid solutions and look to copy each other for lack of any real innovation. An editor I know at one of the top houses said to me, “We don’t know what the hell we’re doing.”

Visionaries are what it needs. And that’s where self-publishers come in. I look at us as the people’s movement of sorts. Not to get too carried away, but let’s face it, the publishing industry has controlled what the general public (and I mean general) has been reading for a very long time now.

But that is changing. And with it, we have to, as well.

Saying you’re self-published doesn’t have to carry with it an asterisk that notes in small type, “Because I couldn’t get published the traditional way.” It’s hard work that takes courage and persistence, not to mention vision, belief and self-confidence. Given all of that, why is the movement stigmatized?

We’re writers. We already have one strike against us. We were born with inferiority complexes. And I know a lot of writers, so trust me when I say this. If you are self-deprecating and lacking confidence, you are in the overwhelming majority. If you’re oversensitive and prone to hissy and/or crying fits over rejection or criticism, congratulations, you’re in solid company. If you have an inner critic continually reminding you that you can’t write and snidely asking just who you think you’re fooling, then welcome to the freaking club. It’s no wonder when trying to break out on our own, those of us who need constant validation and are always second guessing ourselves have collectively created a movement that suffers from an inferiority complex.

We’re still looking for a savior. Simply put, it would be much easier if the fantasy we all grew up believing as fledgling writers would come true. Like the princess kissing the frog to find a handsome prince or Lana Turner sipping an egg cream at the soda fountain being discovered by a Hollywood producer, we want it to be magical. And the constant waiting for that one agent, publisher, or editor to pick up our manuscript and weep in joy actually leaves us stuck in one place: the waiting room. Yes, this is hard to hear because none of us would like to be reduced to a victim, but I had to admit this to myself before I could leave the waiting room and actually embrace publishing my own work. It would be so much simpler if someone would hand us a fat advance, set up a book tour around the world where we sold millions of books, spend their own budget on full page ads in Publisher’s Weekly and the New York Times and get us a spot on Oprah. The problem is, unless you’re Kim Kardashian or Hillary Clinton, it doesn’t work that way anymore. The times? They aren’t a ‘changing—they already have.

We’re unsure of where this is going. Does it matter, really? While I think this is all the more reason to take pride in what we do, it can be daunting. But we are changing the publishing industry, make no mistake about that. If you’re worried about sailing this vessel without an end point, don’t be. At some point, we will reach land. And who knows what we’ll find? 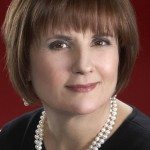 Winner of multiple awards for literature, biography and humor, Lenore Skomal's catalogue spans many genres. With 30 years of writing experience, over 17 books published, Skomal went Indie last year, to publish her literary fiction under her own imprint. Her debut novel, Bluff, will be released Oct. 1 of this year. To contact Lenore, check out herWebsite, Facebook Page or sign up for her daily blog, Gut Check for the Erie Times-News.

We Indies “don’t know what the hell we’re doing,” too. The difference is: we’re pushing on. We have no tradition to cling to. Newspapers changed because their profit margin went to zero. The traditional publishing world will change, eventually.

Thank you for your very positive post. You’ve described our new industry well. When literary agents start seeing us as potential customers and not beggars for attention, they will have begun the necessary transformation.

I am constantly surprised by how insecure writers are. Of course I worry people won’t like my books, “Searching for My Wand” and “On a Hot August Afternoon”, but I don’t waste time thinking they aren’t any good. I never would have published them if I didn’t believe they are every bit as good as any traditionally published book.

Love the realistic and positive tone of this article.
You are right about the inferiority complex. Worse yet, many writers seem to be almost pathalogically terrified of disapproval. Indie writers need to grow a thick skin so they can see constructive criticism for what it is: a valuable tool to help you improve your work, not a personal attack. Equivocal or even bad reviews are nothing to be afraid of. Granted, we would all prefer to have our paths strewn with roses, but, pleasant as that is, you learn very little from it. A negative review or critique, on the other hand, shows you where you have gone wrong and can guide you back to the path.
Bottom line: if you don’t have faith in your work, don’t publish, but for goodness sake write WELL and then certainly publish. If you believe in your work, perfect it and don’t let anything, let alone an antiquated traditional system, stand in your way.

If you want some big book sales you can sidestep the whole issue of who published your book. I coach authors how to get on TV and self-published authors have no trouble getting on even the biggest shows if they use the right system. TV producers want experts not authors, so they really don’t care who published your book, what reviews it got,etc, as they focus on you not the book. Make yourself into an expert who would appeal to the shows audience and you will be booked. OK, thanks and good luck to all self-published authors. Edward Smith.

Thank you for this!
Maybe it’s just me, but it drives me crazy (as an indie author myself) to hear or read the phrase “support indie authors!” over and over. It just screams woe and deprivation, as if we can’t earn our way with good products, like the rest of the world.
I understand the sentiment, but it seems so pathetic to me that I cringe inside.

Dead on! Writing is hard. Approval is spotty. Suck it up. Put it out, and live the life of those who hope/believe life can be fantastic. I think, in the end, we’re better than we believe.