Put your ego aside, and hire a professional editor: A sci-fi specific example

This is a guest post by Dr. George H. Elder

I love Lord of the Rings’s story line, but many literary professionals feel that the work needed a bit of editing. The same could be said of any number of Sci-Fi texts, including some of the classics. Of course, Sci-Fi has changed a great deal over the years, and the often gaudy literary style that typified early books are now seen as gouache. Yes, woe is unto the writer who uses too many “ly” words or adjectives. We now call such writing “pulpy,” as in the excess paper that is needed to find a home for the verbiage.

Mind you, some folks like that verbiage. Alas, a personal desire/taste cannot stand in the face of contemporary style’s winds—however those breezes may shift. I wish more writers would understand this basic truth, what we perceive as good or bad is context-bound. Hey, popular music, clothing, and literary style are ephemeral by nature. Styles change and evolve as time and shifting tastes dictates. Thus a writer’s words which are seen as the “perfect exemplar” of today may be regarded as the fodder of tomorrow’s humorists.

But that does not excuse writing that is poor is terms of grammar, syntax, word choice, and all that. I have a Masters in Writing from UNH and a Doctoral Degree in Communication from Penn State, but I can’t spell to save my life and my prose is certainly not the best. Yeah, I can spin a yarn, have good imagination, and possess a knowledge base that is probably more varied than most. I’m a former academic who knows that he does not “know,” so there is still a small bit of hope for me.

For example, I know I need an editor in the worst way, and I honestly believe that almost all writers are in the same boat. Some of us fall in love with our words, but that doesn’t mean they should all be there! A trained set of eyes that is not invested in the text is a writer’s best friend. Those eyes can see what is invisible to authors. Our passages become like children, along with the natural reluctance to cast them adrift.

But we have to let go, and herein comes the need to employ a person with the ability to help polish our work. When writing Genesis, I used three layers of editing—friends (including writers), an editor who proofed text books, and the publisher’s editor. I am sure some things slipped through the process, and much was changed. There were also disagreements along the way. For example, I like putting dialogue with action descriptions because we often talk while doing something, as in:

“You’re an ignorant sot,” Anita said while glaring at George. “Can’t you see that word’s like ‘while” and ‘as’ will become redundant if you use this approach?” She paused, shook her head, and added, “It is possible to use clauses that separate words and actions, even if that interrupts what some call flow.”

Now my publishing editor recently changed a bunch of lines in Genesis Book 2 to coincide with the advice Anita just gave us, and I just about had a fit! I mean, I could feel something akin to the pain of childbirth setting in, and I’ve had kidney stones! What I saw was edited prose that went like this:

“Let’s be reasonable about this,” Ragmor advised. Perhaps he had overplayed his hand.

Wherein, I wanted prose that expressed the ideas as thus:

“Let’s be reasonable about this,” Ragmor advised, realizing he had overplayed his hand.

“And even Maglee’s name came to you.” Ragmor stared through the pane. “So I suspect you also know what became of her.”

“And even Maglee’s name came to you.” Ragmor observed while staring at Kara. “So I suspect you also know what became of her.”

The point is, these are stylistic choices, and I often opt to connect a bit of dialogue with a concurrent action. I like playwriting, where words and actions are intermixed by way of stage directions. I suspect my writing shows a bias toward this mixture, and some may find that annoying.

When editing, it is essential to think about how others experience our text. Inevitably we must find a place of humility, and understand that we often cannot see the forest except for the trees. It is possible for an editor to be incorrect, but it is at least as likely, depending on the editor’s skill, that some good advice is offered that ought to be employed. In any event, I opt to accept an editor’s choices in most cases.

At the end of the day, the work has the author’s name, for better or worse. If the editor cannot explain why X, Y or Z should be changed, then stand by your work. However, if what the editor relates makes sense and is in line with current trends, go with the flow. It hurts me to say this because I detest going with the flow. Indeed, that advice violates every bit of who I am as a person. Yet if we become beasts of ego, our writing will reflect this—and our words will become pedantic and judgmental. We will pontificate on high without even contemplating that we could be wrong. 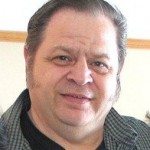 Dr. George H. Elder has lived a very eclectic professional and personal life. His education started with his Ph.D. from Penn State (in Speech Communication) and continued with a Master’s Degree in non-fiction writing from UNH. Dr. Elder has stepped into many different roles in his lifetime – a college teacher, custodian, upper-level scholar, drug addict, weight lifting coach, bouncer, and much, much more. The author of numerous articles in popular press and a scientific textbook – Dr. Elder prides himself on his ability to cover a wide range of issues with his wealth of personal knowledge and professional expertise. You can learn more about George's writing and philosophies on his website: https://www.ghe101library.com/about or by following him on Facebook.

Thanks for the kind comments. I am helpless without an editor, and have no trouble confessing it! One can have great stories and a powerful voice, but without a mastery of the technical aspects of writing—it all comes to naught. There are thousands of great writers out there who understand this, but some of them lack the resources needed to easily hire an editor. It is best to save those nickels and pennies and to suffer the costs involved before putting your work into print. Of Course, even the best editor can miss something, but odds are any writer will benefit greatly from the advice of someone who has been around the block in the writing game. As far as I’m concerned, an editor is a necessity.

You bring up a great point. I’m a rustic, from the Upper Valley area between New Hampshire and Vermont. Hell, we don’t say “r” at the end of many words, preferring an “ah” construction. Similarly, we tend to lead a lot of sentences with “Well” or “You know” and lots of other pulpy verbiage. But that is our way, our voice. Now that can drive an editor to distraction at times, but that is when the writer has to step in and say, “Look, them there are my words, for better or worse.” I agree with you, every writer has a voice, and we must risk admonitions and the like if we are to be true to that voice. To my way of thinking, we have to be honest about who we are, and understand that not all readers will forgive us our foibles.

Thank you. I got a private e-mail today regarding the expense involved, and there is no one answer to this question. It depends on book length and the editor’s experience. Usually, one pays based on how many pages are being edited, and the cost ranges from $2.00 per page to $10.00+ per page. A typical three-hundred page novel will cost from $700 to $1,000, and well more on occasion. I know that is a significant amount, but when one considers the time put into crafting a novel–the cost isn’t excessive. Hiring an editor is more of a necessity than an option, at least for someone like me!

yes indeed. I love your post saying that not all editors doesn’t need editors.Great article writing!

Thanks for hosting the web tour for my newly released Genesis series, and I would like to repay your kindness. I have several blog pieces related to writing Sci-Fi that can be used as you or your readers see fit. If anyone has questions or observations, I would be pleased to entertain them here or in private. Please see:

If the links above do not work, you can use a cut & paste as follows.

I just finished the post editing review of Book 3 (Pursuing a Legend) in the series, and we hope to have this up and running in a week or less. Book 4 (Deep Thought) has been fully edited by Kira M., and is awaiting a final read-through. It is much different from the other books and is stand-alone. Deep Thought was lots of fun to write because there were some very emotional themes at times—especially at the end! Once again, thanks for the help and insights!