Indie stigma and the true indie spirit: Let’s show the world what we’re really made of!

This is a guest post by Terri Giuliano Long

[jbox]For a week, the Blogosphere has been on fire over rants by conventional authors, railing against self-publishing . . . One traditionally published author went so far as to refer to self-publishing as “literary karaoke.” Here is Terri Giuliano Long's passionate response to this ongoing debate.[/jbox]

I've been working on a story about the self-publishing stigma for IndieReader. Does the stigma still exist? I've been asking. Is it warranted? Over the last few years, we've made tremendous headway, so I anticipated people saying no. In fact, all but one said yes.

If anything, the proliferation of inexpensive eBooks has cut into profits earned by traditional houses and, by extension, their authors. Traditionally published authors are infuriated; while their complaints may seem absurd—the big names still own the market, after all—I understand their frustration. No one likes a cut in income.

Literary karaoke? Please. Yet, despite my frustration toward the authors who cast these aspersions, I'm far more dismayed by the responses from the bloggers and industry leaders I interviewed for the article—our friends. Time and again, I heard, yes, there are terrific indie authors, but too many indies put out junk—books that are badly written or edited and poorly produced—e.g., with an amateurish cover. These perceptions are partly the fault of the hacks. And they're partly our fault.

Author in-fighting aside, we must do a better job of disseminating our message. The time has come—many authors are doing this already—for talented authors who care about quality, who work hard, hone our craft, and put quality books on the shelf to differentiate ourselves, to stand up and show the world what we've got.

We owe it to ourselves to continue raising the bar. Authors who write like they're in kindergarten, can barely string two coherent sentences together, don't bother to edit or proofread, treat bloggers rudely, and insult readers by offering anything less than a professional product—make indies easy targets and give all of us a bad name.

Before we can reach the next step, even hope to eradicate the indie stigma, we need to separate, prove to the world that we're different from and better than the hacks. This means, we must be vigilant, work hard, and behave in the (digital) world.

In the words of a blogger I spoke with, “authors need to produce the very best work they can. Be sure your book is ruthlessly edited, proofread, and copyedited – by a professional.” “Self-publishing shouldn't be an excuse to not do the hard work,” someone else told me. “For a lot of authors it is and that's keeping the ‘not good enough to get traditionally published' myth very much alive.”

Lest I overwhelm with bad news—I must say, I'm tremendously impressed with and humbled by the phenomenal work I see (and it's only getting better!) as well as the talented, caring, generous authors I've met. For many indie authors, self-publishing is no longer a last resort. It's a choice. What a wonderful, freeing notion that is!

I published In Leah's Wake in the hope of selling enough books—I was aiming high, hoping to hit 5,000—to attract the attention of a traditional publisher for my novel-in-progress, Nowhere to Run. Over the last year, I've worked hard—and thanks to many of you—surpassed my wildest dreams! It's been an amazing ride. All the angst, the hard work, every 16-hour day I've put in has shaped and in some way prepared me for this next step. Like many of you, I've heard from agents and a few major publishers have asked to see my next project. But I've decided to go indie instead.

I believe in us!

We can't change perceptions overnight and we won't convince anyone to buy into the notion that, across the board, indie and traditional authors are the same—because we're not. No question, the talented, hardworking authors are absolutely equal. I've seen your books. I've read your excerpts. I've seen your amazing reviews!

The bad indie authors blow even Snooki out of the water.

It's time to move away from the Snookis in our midst. When they shape up, we'll take them seriously. In the meantime, with our attitude, our hard work, our commitment to excellence, let's show the world what being indie is truly about! 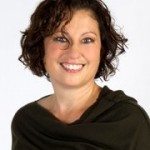 Terri Giuliano Long is a contributing writer for IndieReader and Her Circle eZine. She has written for numerous publications, including the Boston Globe and the Huffington Post. She lives with her family on the East Coast and teaches at Boston College. In Leah's Wake, her debut novel, began as her master's thesis. For more information, please visit her website or connect via Facebook, Twitter or her Blog. This week she is running Indie Week on her blog – a week-long celebration of indie authors, promoters and industry influencers. You can follow #indieweek on Twitter to stay informed or visit the event page.

I just got signed by an indie publisher who demands high quality from their writers and their editors. I was kinda intimidated at first, but now I’m relieved, especially after reading some of the poor quality, poorly edited books other publishers produced.

We must hold ourselves to higher standards if we’re going to overcome the indie karaoke stigma.

Since certain writers won’t change their microwave tactics–(instant book with no thought to hiring an editor) I think having a multitude of reviewers showcasing self-pubbed books of exceptional merit will help, at least to some extent, kill the self-pub stigma. Perhaps we need a few more Kirkus or NY Times reviewers out there helping spread the word. Even Oprah. Maybe I’m aiming too high but why not? 🙂 But you’re right, Terri. It starts with crafting a great product.

I love your enthusiasm, Terri. Best wishes in your publishing endeavors!

Terri, I’ll add to the preaching that’s going out to the choir. I get so sad when I see authors putting out work that isn’t up to even the standard my fifth grade daughter can achieve. I learned so much from working with a professional editor, and my book is significantly better. I know it costs money. But somehow every author MUST find a competent editor. The question is, can we do anything about it? We make friends with other authors online. We read each others writing, but do we have the guts to point out when something has obviously not been edited? I know I don’t. But should I? I would seriously hope people would tell me if my writing needed more work. So shouldn’t I be willing to offer that to other writers? I don’t know if there are any easy answers.

Ah, the stigma of self -publishing. I once joined in that bandwagon, but no more.

Being Indie has granted us the freedom traditional publishing just would have never given. This isn’t throwing in the towel for us and trying to push ourselves on everyone. This is us realizing that we now have the opportunity to embrace full creative control over our products. Even if we never see John Locke success, it doesn’t matter. This is us, doing the thing we love and live to do. We may never even consider traditional publishing again, even if we’re offered a pretty sweet deal.