In support of the first-time writer: 4 how-to’s, 5 how-not-to’s, and a word of encouragement

And it was awesome.

I'm definitely a “newbie” when it comes to writing fiction. I've written for numerous blogs, so I guess I have my “nonfiction” wings already, but fiction was a different animal for me. And here's the main thing I learned:

It's great to be a newbie.

Yeah, I would have written better prose and dialogue if I'd had some training. I would have had less of a headache throughout the plotting process if I'd taken a few courses on structure and story development. And I'd probably be much better off in terms of being able to get an agent (if that's your goal) if I'd followed “the rules.”

But I wouldn't have been able to finish my book.

Basically, it's because I didn't have the experience that I was able to finish. If I'd known how to craft the perfect character, develop an amazing plot, or weave clever dialogue that “shows” instead of “tells,” I would have called it quits only hours into my first draft. And I wasn't really keen on finding a publisher for this first book anyway, since I'm more of a DIY-er.

So again, I'm glad I was (am) a newbie. Of course, there were a few things I would tell the first-time author now:

I prefer Dwight Swain's Techniques of the Selling Writer and Creating Characters, as well as anything by James Scott Bell. Having a pro explain and show what it means to not use adverbs, “Tom Swifties,” and more is paramount to writing something someone might want to read. Also, I now believe every writer at any stage of the process should read Stephen King's On Writing.

Like, way more than you're used to. Do you already read 50 books a year? Great–read 100, and make 50 of them authors you've never picked up before. I read business, marketing, and self-development nonfiction, but I also have a stack of fiction from authors who aren't normally on my radar. Digest everything you can, and as much as possible understand that reading is now part of your job–make it a habit.

By the time I was halfway through the book, I realized that I'd be able to pop out 1,000 words in a session on a good day and only about 14 on a bad day. Now I pop out 1,000 words at least, no matter what. I'm definitely approaching my writing as a professional would–I don't have time for writer's block. I'd suggest developing a writing habit once a day, or at the very least 3-4 times a week, and sticking with it. Give it 21 days–enough time for a real habit to sink it–before you change it up.

4. Define your own success.

Finally, know that you must live by your own definition of success for any large project. For me, it was to finish a book that I could hand to my father on Christmas morning. That meant it wouldn't just be complete, it would be printed, bound, and ready to show off.

I succeeded, but only because I'd set that huge goal six months earlier. I didn't let the unknown become a hindrance, nor did I let what I knew about the book world become a crutch.

Set your goals and then build tactics to help you get there. I was writing over lunch breaks, at 6 am before work, and late at night because those were the only times to get it done. If you don't have a schedule that allows you to make the time to write, you won't write. No one “has” time available; you make it or you don't.

A word of encouragement

I want to offer those of you about to embark on your first major writing project some words of encouragement: don't worry about the “way” you're supposed to do things. Watch out for these common misconceptions about how your writing life “should” be:

That's just one way to do it. There are as many other ways as there are writers, but if you focus on the way most people would tell you to go, you'll probably get discouraged along the way.

Spend time working on your craft by “writing with the door closed,” as Stephen King would say. Don't tell your spouse, your kids, or your co-workers that you're working on a great novel (unless you need the accountability or it's hard to convince them that you're working when you lock yourself in the closet.) Don't worry about what the words on the page sound like; your first novel should be one that you write just to see if you can do it.

Hit me up on Twitter, Facebook, Goodreads, or wherever, and let me know where you are in the process. I want to help in any way I can, whether it's through reading drafts, answering questions, or just listening to fellow newbie rants.

Oh, and be sure to leave a comment. I'd love to hear more about your personal story and how your writing experience has been so far! 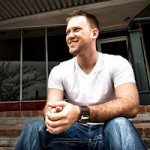 Nick Thacker is a blogger, writer, and author of fiction thriller novels. He blogs at www.LiveHacked.com, a site about living and writing better. Also, grab the LiveHacked.com newsletter here!

Hey, way to go. It’s always good to hear about authors rising up with little experience or ‘formal’ writing education. It shows people it CAN be done, that dreams are what YOU make them and that excuses only stop those of us who allow it.

My mantra: “I will not fail, because I will always get back up and keep going.”

I started out as a high school drop out, now, I’m self-pubbed and my books have reached over 22, 000 people in two months. It can be done.

Nice job, Nick. I decided to write a novel because I was leaving home for a year and wouldn’t be meeting with my short story group anymore 🙂 It was tough but I have it out there finally. Same story here, too. I’ve never done anything they way one is “supposed” to do it. So far, it’s working out for me. Selling books is slowly coming along too.

First off, you are an inspiration to me-and I’m not just saying that to sound like a suck-up. I mean it. Signing up for your emails was the best thing I’ve done to support my writing in a long time.

Second, congrats on writing your first fiction novel. Let me be the first to tell you that even having the English degree and creative writing course background does not mean squat. I have both and I’m still struggling with my first draft. (I’m also a full-time mom so I struggle with finding time as well!)

Lastly, your advice speaks truth. You are dead on. Thank you for that. My next goal is to get my fingers around Dwight Swain’s book. Keep writing because I’ll keep following!

After reading King’s “On Writing”, sitting with my mother as she died, and losing my job 18 months ago, I finally got serious. Plus I realized that there isn’t anything else even slightly productive that I enjoy doing.

I spend about 80% of my waking hours writing now. I started and just kept going until the story was done and realized I had a whole dam fantasy trilogy. Finishing the last (God please let it be the last) draft of book 1. After that I’ll go fishing for an agent while starting to edit book 2 & 3. If no one bites I’ll eventually put it on Amazon, then write some more. Don’t really have any other option at this point, and it seems to be one of the few things that makes me happy.