The rules of Fantasy Club: Defining a genre and exploring its origins

This is a guest post by David M. Brown

Well, that’s not strictly true, of course. Fantasy, like any other genre, is bound by literary laws and if you stray outside those jurisdictions too severely you may no longer have a fantasy novel on your hands. However, this is a genre that is evolving all the time. Gone are the days when fantasy was just about wizards, dragons, elves and dwarves. The traditional elements are still very much in place but they now dine with a plethora of weird and wonderful additions.

Pavarti Tyler was correct in separating science fiction from fantasy. Sci-fi is full of wonder and speculation about worlds we may one day know. Fantasy has more a feel of history, especially of a Medieval flavour, with characters often wielding swords, bows and axes. Some authors use real history and spice it up with magic and other fantastical elements, others set their novels around mythology such as the Arthurian myths that continue to resonate to this day.

This is not to say that fantasy restricts a writer to a simpler world, bereft of technology. Steampunk fantasy, for instance, depicts industrialised worlds, with ‘steam’ being the prerogative word. Too much innovation and you’ll start to stray into the world of sci-fi.

Personally, I write fantasy novels set in the world of Elenchera. The world currently boasts 47,000 years of history with the earliest centuries being home to simple societies whereas the later centuries depict technological innovations but with advancements that are reliant on magic. I do enjoy science fiction, but it’s not a genre I feel comfortable writing. I believe in science, but I’m too much of a dreamer to leave my fantasy realms behinds. I have, however, stayed true to history, which is why the world of Elenchera evolves and changes. Magic isn’t always present, dragons aren’t always present – species, races, lands come and go.

Where does fantasy begin? It’s hard to say for certain but mythology is a good start. Grab a copy of Beowulf and you have a brave warrior killing a monster known as Grendel and then fighting Grendel’s mother. In old age, Beowulf is called upon to fight a dragon but all his men, save one, abandon him and he is mortally wounded whilst defeating the dragon.

Tolkien, author of The Lord of the Rings, loved Beowulf and one of his motivations in writing about Middle Earth was to give England its own mythology. The Greeks and the Scandinavians have some of the most memorable myths and legends but in England we were largely restricted to the tales of King Arthur, and not all those stories were native to our island.

I’ve read many of the Viking myths and the Icelandic sagas as well and they are truly inspirational stories. The Greek myths always seemed colourful and idyllic but the Viking tales are gritty, dark and uncompromising. It’s hard not to be inspired by Odin, his son, Thor, and the trickster god, Loki, whose jealousy and cruelty instigate Ragnarok, the end of the world where all the gods perish in a brutal climatic battle that would rival anything in a Hollywood blockbuster.

Tolkien is considered one of the fathers of modern fantasy and it is hard reading the fantasy genre without picking up at least one of his books. Ignore Peter Jackson’s trilogy of films: Tolkien’s novels remain exemplary achievements and often feature in lists of readers’ favourite books. The impending release of The Hobbit on the big screen looks set to augment Tolkien’s immortality in the fantasy pantheon.

Tolkien was a purveyor of epic fantasy, the traditional struggle between good and evil with some dramatic quests thrown in. Many writers have gone down this route as well and continue to appeal to wide audiences. Robert Jordan’s The Wheel of Time series is one such example but it is a series that divides the critics, some hailing it as a masterpiece, others struggling with the multiple instalments, each one proving an exhausting read.

Recreating Tolkien is not the only purpose of fantasy, of course. Many writers have branched off into doing their own thing. While Douglas Adams showed that sci-fi could be funny, Terry Pratchett gave us the Discworld novels which are fantasy tales but rely more on their humour and satire, rather than conveying a rich and intricate world. Nonetheless, dig a little deeper into his writing and you'll realise that there is an complex and detailed world to be found. At the other end of the spectrum, Stephen Donaldson’s The Chronicles of Thomas Covenant has a somewhat unpleasant character as the main protagonist and the reader has to accompany him on a journey to redemption.

Of course modern fantasy has begun to spill over into other genres too. JK Rowling has taken many of the rules of fantasy (an ongoing struggle, often between good and evil, magic, mayhem, fantasy lands) and crafted a whole new genre that makes fantasy accessible to even more readers. Harry Potter is arguably the ultimate fantasy character: conflicted, tormented, blessed with powers he struggles to understand and master. Yet his story is told in a very different way from earlier fantasy heroes.

The flexibility of the fantasy genre is something I very much tap into. If I want to write about a mismatched group of elves and dwarves on a quest, I can. If I desire a journey into a dragon’s lair a book later, so be it. Because ultimately, the first rule about fantasy club is this… there are no real rules. Fantasy is like history – constantly changing, with the good, the bad and the ugly repeated ad nauseum but with new sources of evil or wonder always on the horizon. And just as history plays out with ever more complex and unimaginable scenarios, so will fantasy follow. 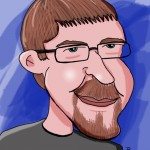 David M. Brown is the creator of the world of Elenchera and splits his time between that world and this. He's the author of fantasy novel Fezariu's Epiphany, the first of The Elencheran Chronicles. His second novel, A World Apart, is due for release in May 2012. Visit him at elenchera.com to find out more about his writing or follow him on Twitter (@elenchera) and Facebook .

Thanks Pavarti – I enjoyed writing this. I also very much enjoyed your sci-fi article and recommend everyone heads straight from here to read that if they haven’t already!

Thanks Lynne – there are so many people doing so many things with this genre and constantly pushing the boundaries. It’s a wonderful area to be writing in!

Hi David,
I really love your fantasy creation and insight, hoping that you will continue creating all of this…

Thank you so much Caroline!

This is a great explanation of the fantasy genre. I am also a lover of science fiction who just doesn’t feel comfortable writing it. Maybe someday I’ll write science fiction, but for now I’d like to stick to fantasy–preferably on my own fantasy worlds if I can help it.