Caught between Google and Gulliver: Find the inspiration to overcome writer’s block (and do it your own way)

Do you ever stare blankly at the computer screen, stuck for something to write?

If so, then you'll understand my predicament last Saturday morning. Normally words tumble out of my head, but for some reason my mind ran on empty. What had caused this sudden affliction, this power cut of the brain? Perhaps Google, the god of the internet, would know.

I said: ‘I don't know what to write.' It replied with over four million suggestions. Talk about a know-it-all! I put the same question to Wikipedia. It identified the problem as a condition called Writer's Block. Here is its definition:

“Writer's block is a condition, primarily associated with writing as a profession, in which an author loses the ability to produce new work. The condition varies widely in intensity. It can be trivial, a temporary difficulty in dealing with the task at hand. At the other extreme, some “blocked” writers have been unable to work for years on end, and some have even abandoned their careers. It can manifest as the affected writer viewing their work as inferior or unsuitable, when in fact it could be the opposite. The condition was first described in 1947 by psychoanalyst Edmund Bergler.”

Now all I needed was a cure. Physician, heal thyself. Perhaps I should change my writing style. Google said, ‘Don't begin with a prologue and don't write in present tense.' Aha! I usually do that, so I was a step closer to finding a cure. I asked Amazon for a second opinion. It showed me books with ‘look inside' on the covers and what did I see? Well obviously I saw words, but what else? You guessed right, prologues and stories written in first person.

What about starting with an outline? A strong debate raged among the writer fraternity. One familiar name cropped up – Stephen King. He said that outlines stunted creativity. Should I listen to an ex teacher from Maine?

An hour passed and still no cure? Maybe there is none.

Dan Perez said that anybody thinking about a fiction writing career should take two aspirin, lie down and wait until the feeling passes.

I decided to go for a walk instead.

It was a crisp morning and strips of white clouds stretched across the blue sky. Oh, Google told me to be careful with purple prose. And don't start a story with the weather. The latter advice will come as a shock to many crime writers at Amazon.

The walk into town took me past the library. Perhaps the cure lay not in the digital world but ink on paper. I entered the library. A musty smell hung in the air. Eyes rose above spectacles and narrowed. Somewhere a clock ticked loudly. When the eyes lowered, I scanned the shelves. Here, you could look inside all the books. And what's more, they were free. Wasn't that something?

To the untrained eye, soiled, dog-eared pages meant destruction. But to a bookworm it was a sign they were worth reading. I visited all the sections, even perused the encyclopedia section. No inspiration came.

With a heavy heart I decided to leave.

Passing the librarian, I spied a book on the counter – Gulliver's Travels by Jonathan Swift. I'd never read it despite having seen so many films, tv series and cartoons about it. Curious, I asked the librarian if I could look inside. She said yes.

On the first page the blurb stated that the book was first published in 1726. Wow! Talk about longevity. Any story that had been around that long and was still famous had to be worth reading. I took it out.

The book never left my sight all day, not even during meal times and toilet breaks. I finished it at ten o´clock that night. Now my head was buzzing with ideas. I sat at the computer, my fingers tapping across the keyboard like Fred Astaire. By the wee small hours of morning I had written two thousand words of a fantasy novel. Oh, nothing like Gulliver's Travels.

So the moral of this little tale is twofold. Don't listen to what other writers say. Find your own style and stick to it. As for inspiration, you'll find it where you least expect it. I certainly did. Just a pity Mr Swift is not around to help me with the edits – he died in 1745. 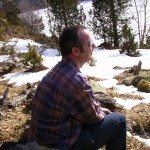 Hi, My name is Alex Mahon and I live in Spain, although I was born in Glasgow, Scotland. I've travelled around a lot, lived in London, Germany, and now in Catalonis, Spain. I live with my wife and cat.