How to write your own press release: Creative marketing in action

The first press release is traced to a 1906 train accident in which 50 people were killed in New Jersey. The goal? Minimize bad PR for the Pennsylvania Railroad.

But really, that couldn’t have been the first. I imagine a shrewd Roman chariot maker brainstorming with the boys (in togas) at the shop, jotting notes about price, craftsmanship, and customer service on an animal skin, then bringing it down to the Times New Roman and getting one of the scribes to do a story.

Regardless of how and when press releases began, we now have amazing abilities when it comes to creating and distributing them. We can embed links and videos and use social media tools to get the news far and wide.

Getting anyone to pay attention is another story.

The fact is that most press releases, be they from self-publishers or the mayor’s press secretary, wind up in the trash. Why? Lots of reasons:

I could go on, but let’s switch to the positive and talk about how to increase the chance that your news release generates some coverage.

The headline and first paragraph (lead) of your release should be as punchy as your pitch to a potential reader. Use active verbs. Avoid passive language. Be creative and engaging. And keep it short. Also:

You may be asking, how do I know if my release is clever, punchy and engaging? My answer: you’ve written a novel; there is creative DNA running around inside you. Your job here is to re-channel it and switch from creative writing to creative marketing. It may help to remember that the scarecrow didn’t need the wizard to give him a brain. All he needed was someone to help him realize it was in there the whole time. 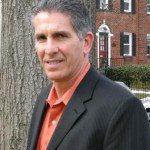 Steve Piacente has years of writing experience, landing him jobs ranging from news reporter to speechwriter to journalism professor at American University. His novel Bella is available on Amazon. You can keep up with news from Steve and Bella on Facebook, Twitter, YouTube, and GoodReads.