How to complete NaNoWriMo and maintain your sanity. Yes, it’s possible

NaNoWriMo is the perfect balance of the Anne Lamont’s Shitty First Draft philosophy and writing guru Julia Cameron’s daily writing mandate and excuse to put the rest aside and go for broke. Make no mistake: something will have to give. This Thanksgiving we may not even have a meal – enjoying it at the homes of others. I may be up well after the other sojourners are asleep, dreaming of penguins we’ll no doubt see on our South African journey, which coincides with the first day of NaNoWriMo. This second time around, I’m determined not only to start, enjoy the process, be entertained by others, but also to finish the month writing.

When it comes to writing, marathon analogies abound (even for entrepreneurship, pregnancy – okay anything hard is figuratively like a marathon). 30 minutes of brisk exercise three times a day is an aspiration – much less six hours of continuous movement — if you’re anything like me. And there’s an important lesson to be learned in the weekly mini-sessions of exertion: discipline. NaNoWriMo is somewhat of a conundrum because you’re letting go and letting anything come onto the page in order to meet the 1700 word a day minimum. At first glance this appears to be the antithesis of control: we’re letting any and all words spill out across the page, exposing us messy, fragmented writers. Yet the act of writing every day for thirty days keeps the word count building and the story moving forward.

The Doha Writers’ Workshop, the writing group I founded four years ago has been given new life by a fresh group of eager, committed writers. Despite their enthusiasm and energy, no one could come up with pages to submit for the Act II section of our 6 Weeks to a Novel session. Everyone had excellent Act I’s or openings they wanted feedback on but no one had entered into the foray of Act II or the dreaded middle of their story. The middle is what tends to sag; where we lose interest, the cares of the world press in on us (our roots need coloring, cars need waxing) and we pause. This pause extends into a pit stop that culminates – not in 50,000 words — in a stalled project.

The first year I did NaNoWriMo, I was like a Formula One driver out of the blocks. I met my daily goal, I checked into forums, commented, chuckled at the daily emails sent by accomplished writers designed to encourage us, and the ‘keep-at-it’ missives by the witty Chris Baty (founder of NaNo). In short I showed all the signs of being a finisher. As the actual file shows on my external hard drive, I barely made into week two. Why? Two reasons: Thanksgiving and inability to recover.

NaNoWriMo occurs just between the ramp up for the frenetic North American holiday season. For me that first year, hosting 80 people at our house (potluck!) took precedence over this indulgent thing people were doing online. This year the first day will find me on a plane to South Africa with family and friends. And guess what? We’ll be there all week. Yes, I may be sabotaged in my second attempt. The lesson? Something will always come up. Whether your hair, car, or social responsibilities, we are creatures that live in a multi-dimensional world.

During NaNoWriMo, however, you have thousands of people trying to put those mortal considerations aside, put their heads down, Internet aside, and go for broke. The finish line if you like; the summit if you favor the Everest/hiking analogies over running. For one month, for thirty consecutive days put yourself first. This may sound egocentric so if it’s easier tell yourself (or your husband, girlfriend, mother) that it’s not for you, but for your art. Tell yourself whatever it takes to get that hour or two to get the words in. I began well and then was overwhelmed – or distracted, if you’re not feeling kind – by the press of everyday. And even after Thanksgiving when I had a week to recover, the lost days seemed insurmountable.

I was still so enamored of the idea and my novel (which I began without any outline, just a loose character idea and office setting) that I posted before NaNoWriMo ended in one the forums that we should keep going into the year until it was done. Guess what? While many people agreed with me, none of us did. AND there were people who agreed continuing was a good idea because they hadn’t finished last year either.

The fact is that in the four years or so since I tried that first NaNoWriMo I’ve published many books and gotten my hourly writing speed up to 1000 words an hour. One and half later I’ll be done. I would have never gotten here if I didn’t keep at it, pounding out the keys so that the “n” on one of my laptops was worn off. No idea why so many words have the letter “n” in them – in case you were going to ask (four in this sentence – five).

Like they say of marathons, the game is not to the swift or to the smart, but to the mentally focused. If you’re the kind of person who need external reinforcements, check out the NaNoWriMo page for the genre forums, message boards, or if you need in person support, the other dreamers in your area and show up when they’re doing their sprints, makeups, or coffee guzzling. For me this year there will be two sessions of the Doha Writers’ Workshop where we will gather with our machines, implements, and write within sight of each other to keep going. I do have a book loosely plotted and outlined in my head. I hope to grab a few moments in the ensuing day to jot down a few notes. Having a skeleton or character or setting central to the story will help you start strong and stay on the rails as the story – as well as days – progresses.

Tell yourself now, in the last few moments before beginning: I will do whatever it takes to finish my project. Skip dinners out, miss parties, and eat alone. Whatever it takes. That is, if you mean it. I’m in it to win it. Not a world record or fame (though if Sara Gruen is any talisman, maybe fame is possible…) but for my project to see the light of day. 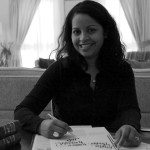