All Hallow’s Read: Celebrate Halloween by spreading literacy instead of cavities

In 2010, best-selling author Neil Gaiman (Coraline, The Graveyard Book) proposed a new Halloween treat-giving tradition: All Hallow’s Read, in which participants would hand out scary books to promote both literacy and the horror genre. On the official site, Gaiman and the other administrators offer tips and updates on this unique holiday experience, as well as a video featuring Gaiman’s explanation of the new October tradition.

The website also offers some interesting opportunities to become involved with the reading community. Last Tuesday, October 25, All Hallows’ Read organized a book drop, and offered printable stickers to attach to intended gift books, which would then be dropped off at different points around one’s town. All of the action was then followed on Twitter via the hash tag #allhallowsread. The site also offers a poster contest for creative fans of the holiday to offer up promotional ads for All Hallows’ Read. It sounds simple enough; just give out scary books (or Halloween-themed kids’ books to the younger generations)!

What my fellow authors may find even more exciting is the chance to tie their own work into the celebration. This initiative offers authors of horror and spooky YA a chance to promote their work as part of the larger movement. During the inaugural year of All Hallow’s Read, in October of 2010, bestselling author Rick Yancey embarked on a book tour to promote the second novel in his Monstrumologist series, Curse of the Wendigo. Mr. Yancey came to my local library in Evans, Georgia, and offered some interesting publishing tips for aspiring writers, as well as personalized signed copies of the first Monstrumologist novel for sale. Some authors could contact libraries or book stores about spreading word of All Hallow’s Read, and may squeeze in a few self-promoting plugs as well. Others might find the giving of books to be rewarding enough.

This will be my first year participating. For the past two months, I have been collecting youth-oriented Halloween books to share on Halloween with trick-or-treaters and any tag-along parents too. One second-hand book store in my neighborhood has a free bin outside their doors, and I have been lucky enough to find several appropriate titles there.  From Disney’s Winnie the Pooh’s Halloween to James Howe’s Eat Your Poison, to books for older readers such as Patricia Cornwell’s Book of the Dead to Heather Graham’s Séance, there are many great theme-appropriate books out there just waiting to be found and passed around. I was even lucky enough to find Stephenie Meyer’s Eclipse and a plethora of V.C. Andrews novels while digging through the bin.

Goodwill and other charity stores, libraries, dollar stores, and local flea markets are also a great place to acquire cheap books for trick-or-treaters. I found tie-in books to the television series Buffy the Vampire Slayer, Sabrina the Teenage Witch, and Hannah Montana for one dollar each. I also picked up some Halloween-appropriate titles for young audiences, such as Ray Bradbury’s The Halloween Tree and Eric Hill’s Spot’s Halloween. There were also about half a dozen R.L. Stine books to be found for between twenty-five cents and a dollar, in the Goosebumps series as well as his other lines, such as Fear Street, Ghosts of Fear Street, Twist-a-Plot, and even a couple of monster joke books under the pseudonym “Jovial Bob” Stine.

Don’t limit yourself to just trick-or-treating time. Since Halloween falls on a Monday this year, I plan to take horror books to my college and hand them out to student employees and fellow members of our poetry club, The Guild of Poetic Intent. For students with young children, I am taking Barbara Robinson’s The Best Halloween Ever, Roald Dahl’s The Witches, John Peterson’s The Littles: The Great Halloween Scare, Walt Disney’s The Sorcerer’s Apprentice, and Alvin Schwartz’s In a Dark, Dark Room: An I Can Read Book.

It’s never too early to start looking for next year! As part of a late summer sale, my favorite book store (2nd& Charles) offered paperbacks for fifty cents each, and I found titles from horror authors Stephen King, John Saul, Dean Koontz, and Clive Barker.

Why not turn Hallow’s Reads into a party? In 2010, Disney’s Family Fun magazine  proposed a book-themed Halloween party for kids and adults alike. Suggestions included an Edgar Allan Poe party featuring Poe’s “The Raven” scrawled onto a chalk board, faux ravens perched around it. The magazine also provided sample pictures of party invitations and menus featuring catchy plays on phrases and images from Poe’s classic poem. All Hallow’s Read book-giving could easily be incorporated into such a party.

As anyone can see, the literary possibilities offered by Halloween are limited only by one’s imagination. Whether giving to kids of all ages or marketing your work or throwing a literary party, Halloween and All Hallow’s Read provided great opportunities for writers to give back to their community. 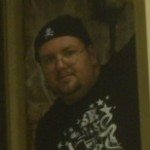