The importance of branding yourself as an author: Stick to one genre or else

The rules of the publishing game have all changed in recent years, and with the onslaught of ever-newer social media tools, that’s not going to change for the foreseeable future.

However, there’s still one powerful rule that remains, and it can mean the difference between making a comfortable living as an author or just barely getting by despite the great reviews. Think of it as our industry’s Golden Rule and big fat secret.

Trying to get published, even getting published in more than one genre will greatly reduce your effectiveness at marketing and shrink your overall sales.

But I didn’t want to listen to that advice and set out on my self-willed quest to prove them all wrong.

I wrote three different books in three different genres despite advice from some very big names in the publishing world. The books each came out to great reviews from literary critics and loads of fan mail, which I took as an affirmation that I was unique. Really, I was just scared and arrogant.

Even though everyone agreed the books were great, the Golden Rule prevailed, and only one thing was missing from my triumph: the money.  It’s easy to say it doesn’t matter but even a middle class lifestyle is very expensive and after awhile the low sales became hard to ignore. I was learning the hard way that there is a consequence for everything.

I’ve been a writer for over 20 years now. I’ve even gotten to write for some great big city newspapers like the Washington Post, and I eventually became a syndicated columnist with a nationwide audience. That all sounds great, on the surface.

Frankly, most everyone who hears about what I’ve accomplished quickly starts to ooh and aah with a glint in their eye at the big American dream of writing a novel and having people not only read it but say they like it. I thought so too and, for a while, despite the insider advice I was given, I continued on my way. I was that sure that in the end I’d be proven right.

Of course, in order to be right, you have to know what it is you’re trying to prove. This is precisely where I tripped myself up.  I was ignoring my intention, which was to prove I could really write. If that’s you, let me save you some time.

Pick a genre that you can live with for the next 5 to 10 years and if you manage to get even one book published – you can write. Now focus on marketing the book and writing the next one. Stop trying to re-answer the same question. It’s a waste of your time and energy.  In publishing a certain amount of stick-to-it has big payoffs. That’s probably a good motto for life in general.

Fortunately, I’ve changed my ways and now I stick to thrillers, which has made so much of my professional career easier. I know how to focus my blog, www.MarthaCarr.com, and my marketing. As a matter of fact, Novel Publicity is running a blog tour this month of my thriller, Wired, set in 1989. Imagine if I’d come to Emlyn Chand with a hodgepodge of ideas and asked her to help me sell books. To what audience?

There’s only so much time in a day and all of us only have so much of it to spend getting to know an author. Spend yours wisely and you’ll reap the rewards. 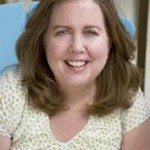 Martha Randolph Carr is the author of three books and has a weekly, nationally syndicated column through the Cagle Cartoon syndicate on politics, national interest topics and life in general. Her newest work, The List, is a political thriller set around the attorney, Wallis Jones her husband Norman and their son Ned. The List is the first in a series. Martha is currently at work on the sequel, The Keeper. You can read short weekly thrillers at her blog, www.MarthaCarr.com and catch her on Twitter @MarthaRandolph or on Facebook at https://www.facebook.com/MarthaRCarr

I loved everything to suggested to new writers and maybe even veterans who appear to be spinning their wheels. The one line won’t work for everyone, certainly not the kaleidoscope of writer I have become. For a storyteller I am steeped in every genre, from romance to horror (Good horror of course) and have mastered most in terms of selling them. Children’s’ tales and the short story in general are my full head of steam. I don’t “think I can”, I have, and do okay in this area. I spread my self thick across many lines, but then I see myself as the odd bird or exception to your rule.

I’m Native American, but that’s not necessarily where the storytelling comes in. It could have been just something in the water. LOL I would like to stay in touch with you as a fellow writer. I have work in numerous magazines across the U.S. and now in 62 other countries. I LOVE writing and my MUSE loves me too. But there’s a little love/hate going on here too! :-} Don

I think the big thing is when you only try to sell one book in each genre. If you have more than one title in each genre, I think it’s less of an issue. Personally, I’d go crazy if I only wrote and published in a single genre.

Right now I have books out in two categories (two in steampunk/fantasy and one in women’s fiction). The steampunk books are selling well, the women’s fiction not so much (my fault, since I’ve done little to nothing to market it). We’ll see what happens when I release a second women’s fiction book, which I hope to do in the spring. I expect as my backlist grows in each category (did I mention I’ve got a couple of sci-fi books in the works, too?), sales will pick up for each.

This makes sense, if not frustrating advice for many of us who do straddle several areas. In the past many big writers got away with this by using different names for different genres. At the moment I’m doing that with my paranormal romances and women’s/contemporary fiction. My non-fiction stuff, lifestyle, travel, education, I’ve always published as myself.
As you say, it is about building profile and audience. If we want to reach our readers we should show some respect and use our imaginations to do what is expected of us and what we want. Smart people learn from others.
Thanks for this. Good food for thought. Jac

What about if you’re publishing fiction and non-fiction? I’m working with both, but I want my fiction to be bigger, so I’m sticking to one genre for that (fantasy) and marketing myself as a fantasy author. The non-fiction is targeted specifically at a niche market.

What I was considering doing is using my full name (Dean F. Wilson) for my fiction and axing the middle initiation (just Dean Wilson) for my non-fiction. Do you think this might help with separating things, or should I try to use just one name and hope some readers of each will follow over? My fear is that my fiction fans might buy my non-fiction by mistake and be disappointed.

Very interesting essay. I’m in precisely the position you describe at the start, as a new author of fiction. I’ve written three novels in three genres. Two already have pub contracts, and the latest one is generating interest from pubs.

I hear what you’re saying, Martha, and I’m sure you’re right. But my voyage to becoming a novelist was mainly about finding a means of self-expression and forging my own path. I choose to keep a separate, part-time income from another source so that I can write in any genre I please. Should the day come when I can support myself with my eclectic mix of writing, then I’ll be one lucky so-and-so. But for now, I don’t mind being a marketing nightmare because I’m feeling so happy to be writing at all.

I tend to agree, and it’s nice to hear it from you too, Leah. Farsighted is paranormal, but down the road, well, I just know I have a fantasy novel in me!