Make time to disconnect, and let the words fly: Your characters will thank you

Yesterday, my internet connection broke down, and a wonderful thing happened: I wrote the entire skeleton of my next novel, which has been eluding me for months. Instead of flicking from my story to Facebook, Gmail and Twitter the moment ‘writers’ block’ hit, I kept Word open and typed non-stop for nearly three hours. Once I’d outlined the final chapter, I collapsed on the sofa in the style of a marathon runner after they cross the finish line (yes, I will argue that writing can be physically exhausting!). This happened because I was forced to disconnect from the wider world, and given only the option of connecting with the world at hand – my immediate surroundings, and my imagination.

Invaluable as it is to have access to a community of readers and writers via websites such as Novel Publicity, it was time to stop researching and start writing.

Today I’ve been thinking about when it is I write the most. Unsurprisingly, all of my most exciting ideas and sentences (exciting for me, anyway) reveal themselves when I am away from computers and internet connections. It’s for this very reason that I have resisted getting a smartphone – if I did, I'd have to leave my phone at home.

I was away in New Zealand recently on a snow trip, staying in an internet-free house in the small town of Wanaka. Not only did this free up my mind enough to make notes on this new novel, but I was with friends and with all of us unable to connect to anyone outside that house without racking up a massive phone bill, we were wholly in each other’s company. It seems such an obvious thing, but I didn’t realise until we were sitting around the fireplace, playing trivia games and eating nachos, how rare this was now. More and more, when I meet up with friends, even when I sit at home having dinner with my boyfriend, we are all messaging people who are not there, taking photos and uploading them immediately, and checking each other in on Facebook, rather than simply being there, 100% present and enjoying each other’s company.

Life is full of distractions, and with the rapid development of technology the culture of 24/7 connectedness is only going to become more ‘normal'. It’s more important than ever, for writers especially, to muster up every ounce of willpower and make the time to unplug, to disconnect. Creativity happens when there is space for it. So find a space where you can disappear, if just for half an hour, whether it be your back garden or the echoey bustle of a busy city café. Take a pen and paper, or if you must, a laptop (but please, turn off the Wi-Fi). And let the words fly. 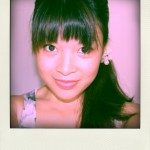 Amy Han is a Melbourne author whose work has won short story awards and been featured in Wet Ink, The Big Issue, Farrago and lip magazine. She offers creative writing services and most recently, has published her first novel, Ru Dreaming. More about Amy and her work can be found at amyhan.com.au.

Thanks for your comments Suzie and Kristy! I sincerely hope you both find that balance. Scheduling social networking time is a great idea. I’d suggest scheduling it for later in the day as a ‘reward’ – now that my internet is connected again, that seems to be working for me. 🙂

Well said, Amy! I’ve learned to turn my phone and other distractions off and simply write. I interviewed a renowned researcher recently who’s findings show that we generally spend 4 hours of each day resisting temptation with a success rate of about 50%. The more we can eliminate tempting distractions, the more productive, and happier, we can be.

So glad I found your blog!