Going it alone: 6 reasons to self-publish your novel

Nobody said the life of a writer would be easy, but it must be a shock to every indie author’s system to finish the final page of their novel and realize that the work has only just begun!  Never have there been so many decisions to be made in such a short space of time, ranging from which editor to use to whether or not to hire a cover designer or try and produce your own artwork.  Forget being a writer; you’ll need to become a master marketer, a superb salesman, and a networker extraordinaire!  And somehow, in and among all this, you’ll need to be working on your second book to ensure that all the interest you generate doesn't ebb away over time.

If it sounds daunting, it’s because the decision to publish independently is not one to be taken lightly and requires a great amount of commitment and dedication, which is why it has always baffled me that anyone would look down on books from independent publishers or small presses.  These are professionals whose commitment to their work is so strong that they will spend 40 hours a week doing a separate ‘day job’, come home and look after the kids and then stay up until the small hours polishing their manuscript or doing research for their next book.  There are probably junior doctors who put in fewer hours than indie authors!

So why would anyone choose to publish independently?  Surely it’s nothing but work, work, work?  Hard work it may be but there are actually great benefits to it:

You've spent months, perhaps years, working on your novel so nobody knows it better than you.  Who else is better informed to network with readers and market the book?   From book trailers to bookmarks, from book signings to book groups, you can decide how and when you want to promote your book to the world.

Being thrown into in maelstrom of promotion, marketing and networking might seem overwhelming, but there are fantastic opportunities to take from it, not least of all the possibility of getting direct and constructive feedback from your readers.  If you’re working on your second book, it is incredibly helpful to receive this feedback as you’re writing and know what the readers like or dislike.  So instead of writing novel one and having novel two written before your first ever sees publication, you can be using readers’ comments to shape your second novel into a tour de force as you’re producing it.

Publishing independently can seem a minefield, but look back after six months to a year and you’ll be stunned at all the things you've learned.  From effective social networking on sites like Twitter, Facebook and LinkedIn to principles of good cover design, blurb writing and Amazon page setup, things that seemed utterly impossible in the beginning will become second nature.  The skills you learn as a new independent author will remain with you throughout your writing career.  Not only that but they’re often transferable to other areas of your life.

Yes, publishing is a difficult and competitive world, but it’s also a world with a number of helpful and friendly inhabitants.  Groups like the Indie Author Group on Facebook or the Indie Book Collective are full of people who are either in the same position as you and willing to provide a friendly ear or support or veteran indies who are happy to share their experiences and knowledge.  You’ll be amazed at how many people you come to genuinely care about and you’ll soon find that their good news becomes everyone’s good news: what’s good for one independent author is good for the community as a whole.

Publishers have to cover costs that are often much higher than the costs you incur publishing independently, and on top of that there are royalties to pay and they want to make a reasonable profit.  It’s true that they have the tools and resources available to help them sell more copies but even with a big publisher behind you it can be difficult to convince people to spend $9.99 on an unknown writer.  Setting your own pricing structure means you can set a low price and encourage people to take a chance.  It also means that you can update the price easily in order to run promotions, offer discounts in line with events you are taking part in and so on.

While there’s still some skepticism about indie authors and publishing, there is also a growing respect for authors willing to commit such time and effort to getting their work out there and a realization that these are often very talented people who care more about having their work seen and getting good feedback, than landing a publishing contract and having it all taken out of their hands.  That means that indie authors benefit from a growing number of initiatives aimed specifically at indie authors, such as the recent Indie Book Blowout.

So, while there’s no disputing the indie publishing avenue is incredibly hard work, there are also amazing rewards to reap from it if you are willing to go the distance.  Commit to the long haul and you’ll walk away with more than just a book: you’ll walk away with a wealth of education and experience, some amazing new friends and an amazing sense of achievement that it will take an awful lot to rival. 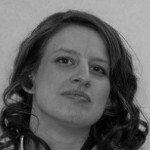 Donna Brown is a self-employed consultant and freelance editor, who blogs regularly about books and writing and also writes short stories.  She is married to fantasy author David M. Brown and they live in Yorkshire, UK with their six rescue cats.

Donna is currently organising ‘Adopt an Indie’ month (November 2011), bringing together authors, bloggers and readers.  You can find out more and register to take part at https://adoptanindie.bookbagsandcatnaps.com.

Great insights, Shelly. I agree that self-publishing needs to be approached with the same level of professionalism as traditional publishing (maybe even more). I also agree that the promotion before a book’s release is vital. I’ve been advertising Farsighted actively for about a month and we’re still a month away from the release.

I blogged my thoughts on self-publishing and how it should be approached earlier this week on my author site. The article is called “Why I’m self-publishing even though I already have a literary agent” > https://ow.ly/6CP6n

If indie authors put TLC into their work, we can turn that low-quality stigma around. The movement is already gaining momentum.

Sandra, I have just finished Jean M Auel’s final book in her long series Clan of the Cave Bear. It’s called Land of Painted Caves. It is possibly the worst book I have ever read. It cost me a whopping $14. It comes from a long-standing publishing house.

Using your philosophy, should I give up on books from publishing houses?

(and I bet it was far cheaper than the crap you read?)