In the two other posts I’ve written about commas, we’ve covered everything ranging from clauses to parenthetical elements.  That’s a lot of information, but don’t change the channel yet! There’s still more!  Today I’m going to wrap up this little series of comma tutorials with the leftover uses of our favorite friend.  There are a lot of easily overlooked rules that we haven’t touched on yet, so hold on tight and enjoy the ride!

Comma after city/state or city/country combination

I’m sure you all know to put a comma between “Albuquerque, New Mexico” or “Paris, France.”  However, it’s less commonly known that a comma is also required after the combination of the new place names.  Exception: If, in a city/state combination, the state is abbreviated, this particular comma is no longer needed.

Correct:  I lived in Birmingham, Alabama, for nineteen years.

Correct:  I lived in Birmingham, AL for nineteen years.

Comma after date when day is included

The same rule as above goes for dates as well, but only when the specific day is included!  If you’re citing a month and a year, do not use a comma after the year.

Correct:  Aubrey discovered on October 25, 2009, that her pet llama was actually a boy.

Correct:  Aubrey discovered in October 2009, that her pet llama was actually a boy.

Coordinate adjectives are adjectives that equally modify the same noun.  By “equally,” I mean that they both carry the same amount of weight.  One is not more important than another.  You can reorder them or put “and” between them, and they will still mean the same thing.

If adjectives are not coordinate, they are hierarchical.  Unlike coordinate adjectives, hierarchical adjectives have a very specific order in which they modify their noun.  If you switch around the order or put “and” between them, the sentence will no longer make sense.  For example, you can say “Melissa caressed the adorable and soft puppy,” but “Melissa caressed the adorable and Labrador puppy” would not make sense.  This is because “Labrador” is a very specific adjective and thus carries more weight than “adorable.”  In fact, you could say that “adorable” is, in a way, modifying “Labrador.”  “Labrador” is an essential adjective in that it changes the meaning of “puppy.”  Now it is a specific type of puppy being described, not just any adorable one.

Comma for items in a series

When listing off items in a series, use a comma to separate them.  There is a whole lot of punctuation drama at play here (yes, that exists) because of what is known as the Oxford Comma.  The Oxford Comma is the little guy that separates the two last items in a series.  Some say that it is unnecessary because the word “and” fills its position.  However, most writers and editors who are not in journalism (journalists tend to eliminate as many commas as possible in order to save space) argue that, without the Oxford Comma, the sentence becomes confusing.

Personally, I am an enormous fan of the Oxford Comma, so if you ever write me a letter, make sure to use it. But for most purposes, either way is correct.  HOWEVER, make sure you DO use the final comma if the sentence could possibly be misunderstood without it.

Correct (even though I don’t like admitting it):  I enjoy making breakfast burritos, chasing raindrops and laughing a lot.

INCORRECT (because it’s confusing):  I enjoy breakfast burritos, cereal, dogs and sausage.  (It sounds like “dogs and sausage” is some sort of delicacy.)

Use commas to set off quotations unless the quotation is worked into the sentence by using the word “that” or another such technique.

Correct:  Morgan said, “I think we should go to bed now,” but no one listened.

Correct:  Morgan said that they should go to bed, but no one listened.

N.B. In the second sentence, there is a comma after “bed” because “no one listened” is an independent clause; remember that from Part 1?

Use commas to set off phrases that express contrast, unless the phrase begins with “but” and isn’t an independent clause.

Correct:  I prefer to eat at home, not at Taco Bell.

Correct: He looks like Justin Bieber but without the hair.

If part of a sentence is eliminated because it is understood to be present, use a comma in place of the missing phrase in order to indicate omission.

Correct:  Trevor was running for president; Kara, for vice president.

When you see a word repeated, either for emphasis or because it has a new purpose in the sentence, use a comma so it doesn’t get confusing.

Correct: When I ask you to leave, leave.

Correct:  Can you please, please wash the dishes?

Well, that just about sums up the comma!  There are some tips that I haven’t covered, either because I forgot them or because I figured they were probably common sense anyway. If you have any common comma comments or questions, comment away! 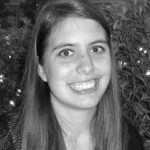 In regards to “Comma after date when day is included,” I submit that the comma presented in the second example should be omitted.