The challenge of the bedroom: Writing love scenes from the male point-of-view

People spend upwards of a third of their time on earth in the bedroom – for one reason or another. Today we’ll be discussing one of the more entertaining uses for the bedroom. No, we’re not talking about Scrabble ™.

Given the time most of us are in the bedroom, including time for recreational purposes, you’d think it would be easier to write about our experiences in a comfortable, engaging and informative way, but alas, that simply doesn’t seem to be the case. In fact some of the written tales from the bedroom are just plain awful.

For those who are slow to catch on, we’re talking about writing engaging and effective sex scenes – of the highest literary merit of course.

By way of a disclaimer, nothing in this article should be construed in any way as an implication that simply because a writer happens to be, well, male, there is any inherent, or even genetic, predisposition against being able to write an effective sex scene. Quite the opposite: there is potential for males to write shockingly effective sex scenes because many believe there is a predisposition against it. That is an advantage for us males as nothing will make someone like something more than first expecting to hate it only to realize they can’t get enough.

Perhaps a better question is, what should be in a sex scene? Particularly if written by a male. Interestingly enough, the answer once again isn’t exactly clear or obvious.

The interesting things about a sex scene, for our purposes, from the male perspective, is that it can be difficult identifying exactly what works and what doesn’t. It’s a lot like Supreme Court Justice Potter Stewart said: “I can’t tell you what pornography is, but I know it when I see it.”

So with that all having been said, what is a writer, a male particularly, to do when it comes to writing sex scenes? How can you (he) make them better?

Again we are in the land of there being no one answer, but there are, fortunately, a number of things you can do to improve your writing when it comes to sex scenes.

Remember the sage words of wisdom, “Write what you know.” That’s lesson one. Learn about your subject. Now for those of you reading this from the gutter, well, you’re not completely off base. If you try to write about it and you haven’t, well, you know, then it will show. Would you write about a baseball game without ever visiting the ballpark? Would you write about fishing without ever seeing a fishing pole or net? No. So, write what you know and if you don’t know it, learn it. Or, perhaps considering writing about not knowing and learning about it.

So you have some knowledge of your subject. You’ve done some research on what others are writing. What now?

Go write some sex scenes of your very own. Start with a blank page and see what happens. Spend some time paying close attention to the setting, the mood and tone of your writing. Focus on the dialogue and the overall feel of the scene. When you finish, put it aside and start over. Change the narration from third person to first person or vice versa. Then when you finish the second version, put it aside and do it again. This time change the perspective to the other gender. For example if you’ve written if from the male point of view, re-write it from the female point of view. Then start over again.

Basically keep writing. Try to do this for a couple of hours once a week. After a few weeks then spend a bit of time reading the earlier drafts and compare the first sex scenes to your more recent ones. The difference will be surprising.

As you work through this keep a few things in mind. You want to avoid several things when writing sex scenes. As plain as it may seem, you want to avoid assuming people know what is going on. Many will suddenly be clueless. Give details but leave room for imagination. You need to balance too many details against too few. People want the down and dirty but they want to read the sex scenes while using as little of their thought process as possible. This lets the reader fill in the blanks as they like. If done correctly, it should also put a smile on the reader’s face. Most importantly, balance real life against fantasy. Everyone isn’t perfect. People have flaws. There can be flaws in sex scenes as well. In fact, it will make the characters as a whole all that much more believable.

Let them leave the nest

Once you’re comfortable with your polished product, it’s time for the leap of faith. You need feedback. Someone else needs to read it. A word of warning: only let those who have a complete understanding of this exercise see it. There are some horror stories that resulted in a breakdown in communications. Giving a sex scene of any nature to an unexpected acquaintance can lead to some less than comfortable situations. However, if done with the proper person the feedback can be invaluable in taking your sex scenes to the next level. Select your reviewer carefully.

Take the feedback to heart and write some more. Get some more feedback. This will take sometime, but the end result will be a better product that will help the male writer escape the stereotype that males cannot write good sex scenes. 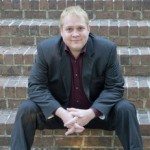 Sean Keefer is a struggling writer and musician who supports himself by the practice of law.  He lives and writes on the coast of South Carolina.  The Trust, his debut novel, has been received multiple national awards.  He is currently at work on a follow up.

Learn more about Sean through the following links: