VLOG entry: Make or break a sentence from the first word

By Aggie Villanueva/ Whittle away what buries the art of your words beneath pulp, no matter the topic, no matter the genre. Absolutely eliminate passive voice with these two basic, but dynamic tips. 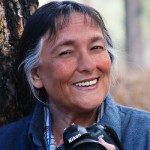 To learn more about the art of rewriting you ay purchase Aggie's book The Rewritten Word: How to Sculpt Literary Art No Matter The Genre.  A published author at Thomas Nelson before she was 30, bestselling author Aggie Villanueva published Chase the Wind and Rightfully Mine, both Thomas Nelson 1980s, she is now a multiple fiction & nonfiction Amazon/Kindle category bestseller, also making Top Rated list in three categories for her how-to The Rewritten Word. Aggie founded Promotion á la Carte, author promotional services July 2010 and 6 months later was voted #2 at Predators & Editors in the Promotion category. Among other sites, she regularly teaches author promotion at BookBuzzr Blog, Book Marketing Technoligies Center Webinars, Promotion a la Carte Blog and Promotion a la Carte Radio. Villanueva is also a critically acclaimed photographic artist represented by galleries nationwide, including Xanadu Gallery in Scottsdale, AZ. Contact Villanueva at [email protected]