By Richard White/ So you’ve finally wrapped up the novel you have spent countless hours labouring over. You have edited and proofread and edited and proofread again, confident that character development is perfect–every I dotted and T crossed with no stray or AWOL punctuation marks. So what next?

Like every budding author you probably have dreams of seeing your labour of love sitting pretty atop the bestseller lists. Perhaps you even visualize opening letters from movie companies that want to buy the rights to make your story into the next blockbuster. But authors often get stuck at this point – writing is the easy part, how do you actually get it in print?

The process is daunting and nerve-wracking, so much so that many authors don’t even try to get their work published, instead quite content with the accomplishment that it was written in the first place. On the other hand, there are those that try once or twice, take rejection personally and give up, deciding being a professional writer isn’t the career for them. The other type of person knows it’s what they want, acknowledge rejection is part of the process and diligently send the manuscript to as many agents and publishers as is necessary before one picks it up – and remember, it only takes one to like your work.

A figure I see mentioned a lot and one I can imagine being said in hushed tones around the water coolers, is that 98% of submitted books get rejected. This is all too often taken as a sign that failure is inevitable, but the reality is somewhat different. As someone who has sat behind a desk in a publishing company looking through submissions, let me pacify those concerns. Yes, it’s true that of all the submissions received, only a minority are accepted for publication. However, there are good reasons for this: firstly, publishing companies openly state what type of book they are, and are not, interested in. For instance, some specialise in fiction only, others in non-fiction, some are for children’s books, some print science books, and so on. I worked in a non-fiction publishing company and it never ceased to amaze me how many manuscripts were submitted that simply had no relevancy to our catalogue whatsoever. This has two implications, namely a) we weren’t going to take something outside of our catalogue basis and b) the author had found the website page to submit the manuscript but had ignored the large text stating what we do and do not accept. If you were the director, would you want to work with someone who clearly ignored the rules and procedures?

Secondly, after sifting through the books that we simply did not print, like fiction, children’s or anything too specialist, there were the types of books that, frankly, you don’t see published anywhere. One day I opened a submission envelope containing a self-published book on how to perform exercises while having sex, complete with a note that the book was a joke and not to be actually published. There was also a submission of a rag doll pictured at various landmarks around the world, with absolutely no text to accompany those photos. The list goes on, but you get the picture.

Thirdly, there are those books that might hold some potential, but the writing is so bad that it would take far too much time, effort and resources for the publishing company to elevate it to the polished state it would need to be in to hit the public market. This is not to say that publishing houses do no editorial work, they absolutely do, but it is the author’s role to get the manuscript to at least a passable level before submitting it.

So the picture should look somewhat different now. Yes, it’s probably true that around 98% of books get rejected, but those 98% are not the next Carrie or The Da Vinci Code. Certainly some are, but not nearly all of them. For those that are written well, a very hefty chunk are uninspired, lacking any real development, or are riding the latest bestseller trend.

As a writer aspiring to achieve publication, part of the battle is just having a manuscript that is written well and sending it to a publisher or agent that specifically caters to your work’s genre. It is always worth employing an editor or proofreader at this stage, as they will point out loose holes in the narrative, lacking character development and make sure the spelling, grammar and punctuation is perfect, all of which are must-haves for any book to get published. By taking the initiative to do this yourself, the publisher or agent will admire your commitment to your work and also respect the fact that you do not consider it their job to spend many hours perfecting your text. Of course, once a book is accepted, they will do an in-house edit, but a book that lands on the desk requiring minimal work has a far higher chance of success than a book littered with mistakes and in a 10pt font with single spacing.

If you get rejected, do not take it personally. Instead, acknowledge that publishers receive a large number of manuscripts on a daily basis and they are gambling with any title they take on, so accept the rejection and submit elsewhere, but most importantly, if the publisher or agent has left comments for you then take them on board, even if it means rewriting some of the text or, if they comment on the poor style of writing, you may need to touch up the whole book. Remember, though, that as frustrating and time consuming as it is, it will put you on better footing to landing that royalty cheque.

In the end, getting published comes down to a few things:

1) Putting the effort in to get the text to a high standard. Hire an editor for this, because another pair of eyes will spot mistakes that the writer won’t see.
2) Pay attention to the agent’s or publisher’s submission rules and what genres they do and don’t deal with.
3) Diligence. You may have to apply to a hundred publishers before one takes you on, but never be discouraged and always remember it only takes one to say yes. 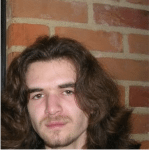 I am a (ghost)writer, editor and proofreader. I have been published in the Guardian, appeared on television and radio, including BBC 2's Jeremy Vine show. I am the author of Smoke Screens: The Truth About Tobacco, available on Amazon, and am currently ghostwriting two books, one fiction and one non-fiction. My website is www.wordedit.organd I am on Twitter as @richwhite08