The writer’s guide to proper punctuation: Our friend, the comma

This is a guest post by Joyce Elferdink/ With its special knack for transforming ambiguity into precision, the comma is necessary to conveying our intended meaning as writers (think: “Let’s eat, Grandma” versus “Let’s eat Grandma.” Yikes!). It’s also a grammatical convention with so many rules that it becomes easy to make mistakes. The common comma—it’s not only necessary to good writing, it’s also a thing of beauty.

Here are 6 rules for you to write by. If used correctly, they should eliminate nearly 98% of your comma usage errors:

1. Place a comma after each introductory word, phrase, or clause.

2. Place a comma on each side of a nonessential element.

3. Place a comma before the coordinating conjunction when you combine two independent clauses into a single sentence.

4. Place a comma after but not before a dependent clause.

5. Place a comma between items in a series.

6. Use a comma to separate a direct quote from a signal phrase such as “he said” or “she replied.”

Pop Quiz: Which is correct?

*Thanks to Lynne Truss’s book for this brilliant example. 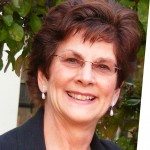 After watching the movie, Julie and Julia, she realized the significance of shared glimpses and gambits on what is purposeful and meaningful in our lives. That same day she created her blog, “A Novel Site.” You can visit her and it at https://harmlessjoyce.wordpress.com). According to the Myers-Briggs personality profile, Joyce Elferdink is an ENFP—she thinks that about sums it up.